Groups are decrying the U.S. military deployment to meet a caravan moving through Mexico. by Anthony Perkins TWEET SHARE 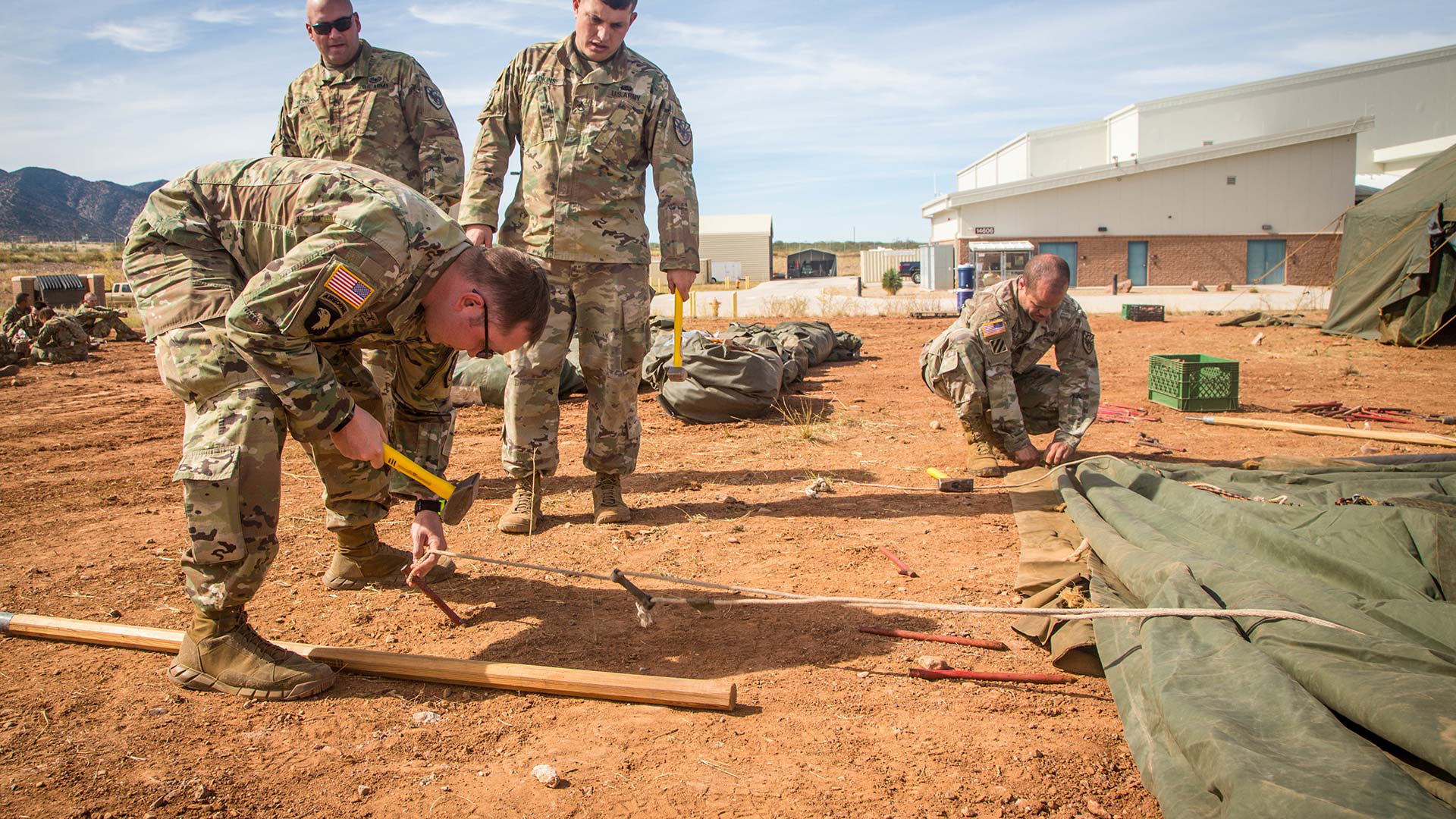 U. S. troops set up temporary housing at Fort Huachuca.
Department of Defense

The continuing deployment of U. S. military troops to Southern Arizona is drawing concern from border watchdog groups.

President Donald Trump ordered up to 15,000 soldiers to the border as a caravan of potential asylum seekers moves northward through Mexico. Troops were seen installing razor wire in Nogales, Arizona last week. Tucson border rights advocate Isabel Garcia says it's difficult to know what migrants will encounter at border checkpoints.

"Imagine all of us as Americans seeing those optics, to see troops, armed troops, placing concertina wire on top of all the walls between two neighbor nations," she said.

The operation has also drawn concern from community leaders in Nogales worried about the economic impact there. Santa Cruz County Sheriff Tony Estrada has complained the federal government did not consult with local agencies before moving troops and resources into the area.

Tucson Border Patrol Chief: Immigration Surge Challenges Resources Troops Installing Razor Wire Along Arizona Border Local Military Installations Prepare for Arrival of Border Troops
By posting comments, you agree to our
AZPM encourages comments, but comments that contain profanity, unrelated information, threats, libel, defamatory statements, obscenities, pornography or that violate the law are not allowed. Comments that promote commercial products or services are not allowed. Comments in violation of this policy will be removed. Continued posting of comments that violate this policy will result in the commenter being banned from the site.