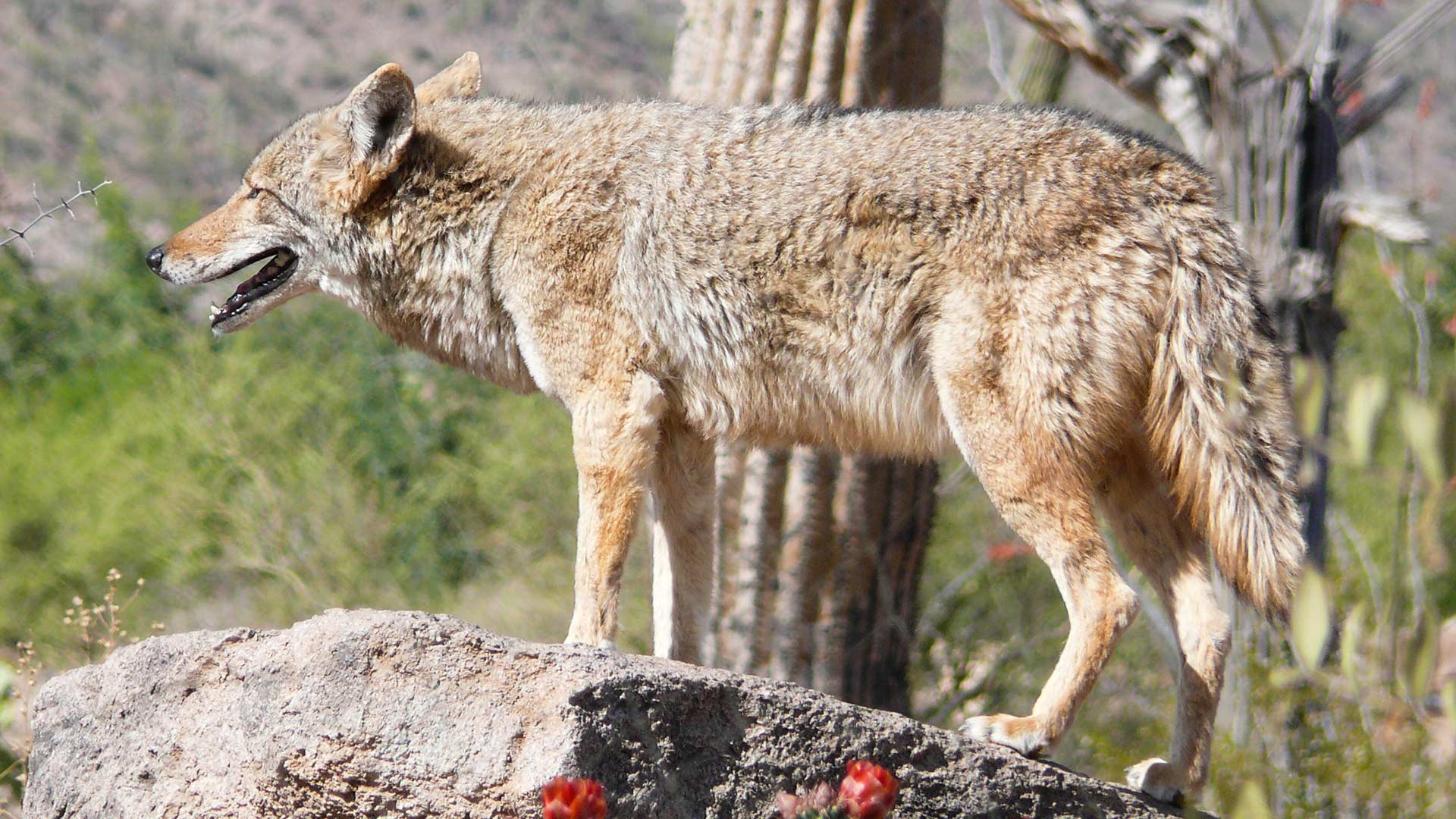 A coyote at the Arizona-Sonora Desert Museum.
Susan Lynn Peterson via Wikimedia Commons

Dewey-Humboldt joins Tucson, Pima County, Albuquerque and the states of California and Vermont in passing similar resolutions or bans against such hunting contests. People win cash prizes and bragging rights on social media in contests like the upcoming “Santa Slay Coyote Tournament” for the largest number of coyotes killed in the day and a half allotted.

Dewey-Humboldt councilmember Doug Treadway says this is not about sportsmanship.

"The senseless and wanton killing of wildlife has no place in a civilized society. When you go out and eliminate predators carte blanche it does very little to eliminate the predation," Treadway said.

"I don’t agree with the senseless killing of coyotes, but I do have a huge amount of coyotes here. I’ve lost lots of livestock and fowl to it," Timmons said.

Arizona Game and Fish supervisor Larry Phoenix says the agency did not organize the event but says it could help boost the antelope population.

Other scientists say indiscriminate killing can disrupt the coyote’s social structure and does not target the offending predators.

"Dog fighting and cock fighting are a blood sport similar to wildlife killing contests, which have been banned in every state," Project Coyote spokeswoman Katie Stennes said.

Sonora training dogs to detect coronavirus cases Climate change likely to keep hammering Colorado River's biggest reservoirs, model shows Sonora among hardest hit by excess deaths during COVID-19 outbreak in Mexico
By posting comments, you agree to our
AZPM encourages comments, but comments that contain profanity, unrelated information, threats, libel, defamatory statements, obscenities, pornography or that violate the law are not allowed. Comments that promote commercial products or services are not allowed. Comments in violation of this policy will be removed. Continued posting of comments that violate this policy will result in the commenter being banned from the site.