Ducey Releases Budget, Including First Funding for PCC Since 2015 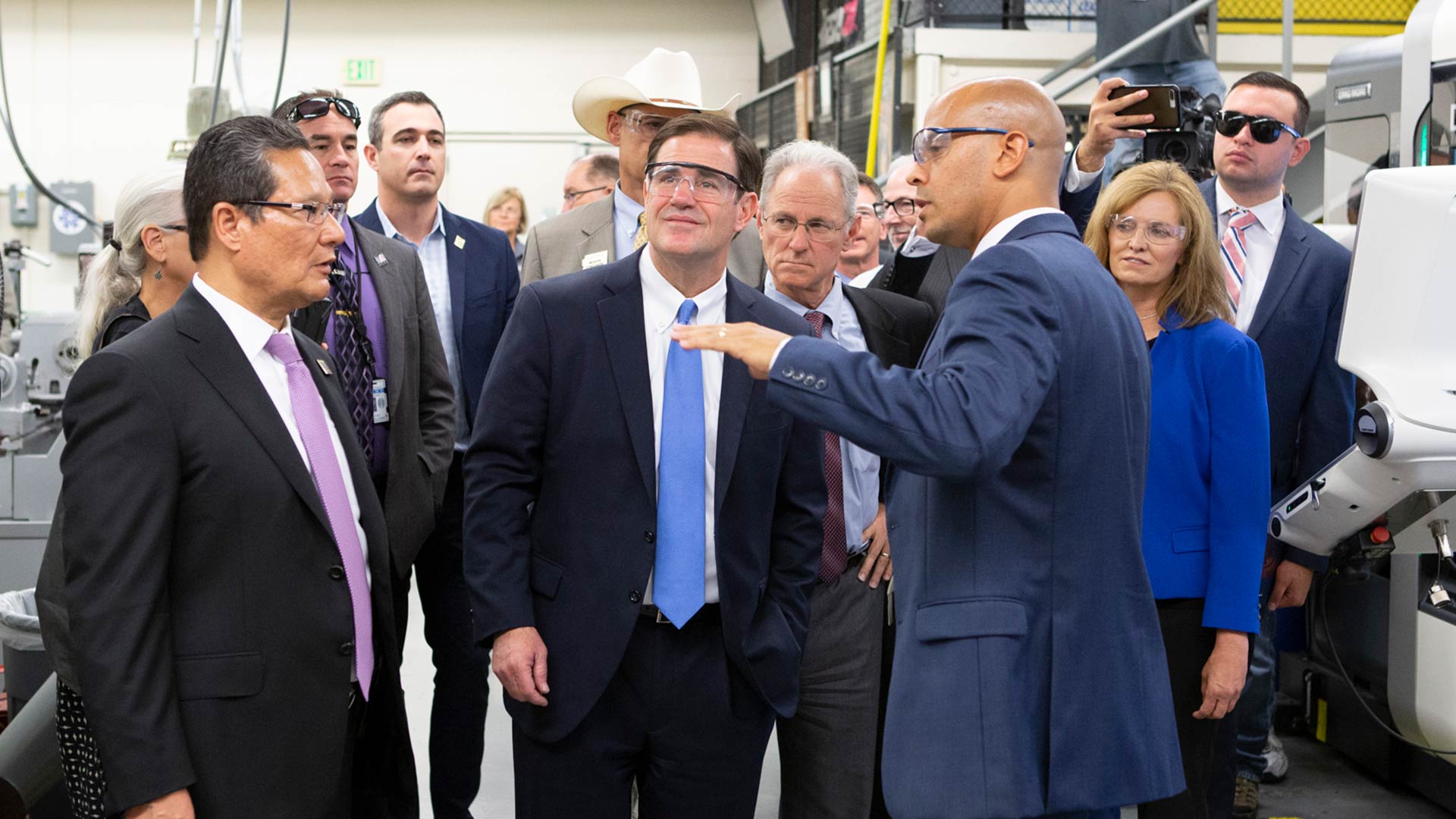 The $11.4 billion plan includes $20 million for the expansion of the aviation program at Pima Community College.

"And what [PCC Chancellor] Lee Lambert is doing at Pima Community College with aviation has really opened our eyes at the state Capitol. And it is not just aviation, it's advanced manufacturing, it's pharmaceutical, it’s the skilled trades," Ducey told AZPM.

PCC has not received any state funding since 2015.

The governor's budget proposal is a 9.2 percent increase over last year's proposal. That is the largest one year increase since Ducey took office in 2015.

The budget also includes $167 million for a 5 percent teacher pay raise. That is part of the promise Ducey and the Legislature made to teachers last year for a 20 percent pay raise over three years. That brings the total of the raise to 15 percent.

The governor's budget is a blueprint for what he wants to state lawmakers to include in the budget. The Legislature is under no legal obligation to fund anything the governor proposes.

Gov Ducey Tours Tucson Technical Education Programs PCC Aviation Technology Program Could See Major Funding Boost Arizona Education Superintendent: Teacher Shortage a 'Crisis'
By posting comments, you agree to our
AZPM encourages comments, but comments that contain profanity, unrelated information, threats, libel, defamatory statements, obscenities, pornography or that violate the law are not allowed. Comments that promote commercial products or services are not allowed. Comments in violation of this policy will be removed. Continued posting of comments that violate this policy will result in the commenter being banned from the site.