While the discovery of the remains is important, the declaration of a new species is problematic, says Bill Kimbel. by Nicholas Gerbis, Arizona Science Desk Tweet 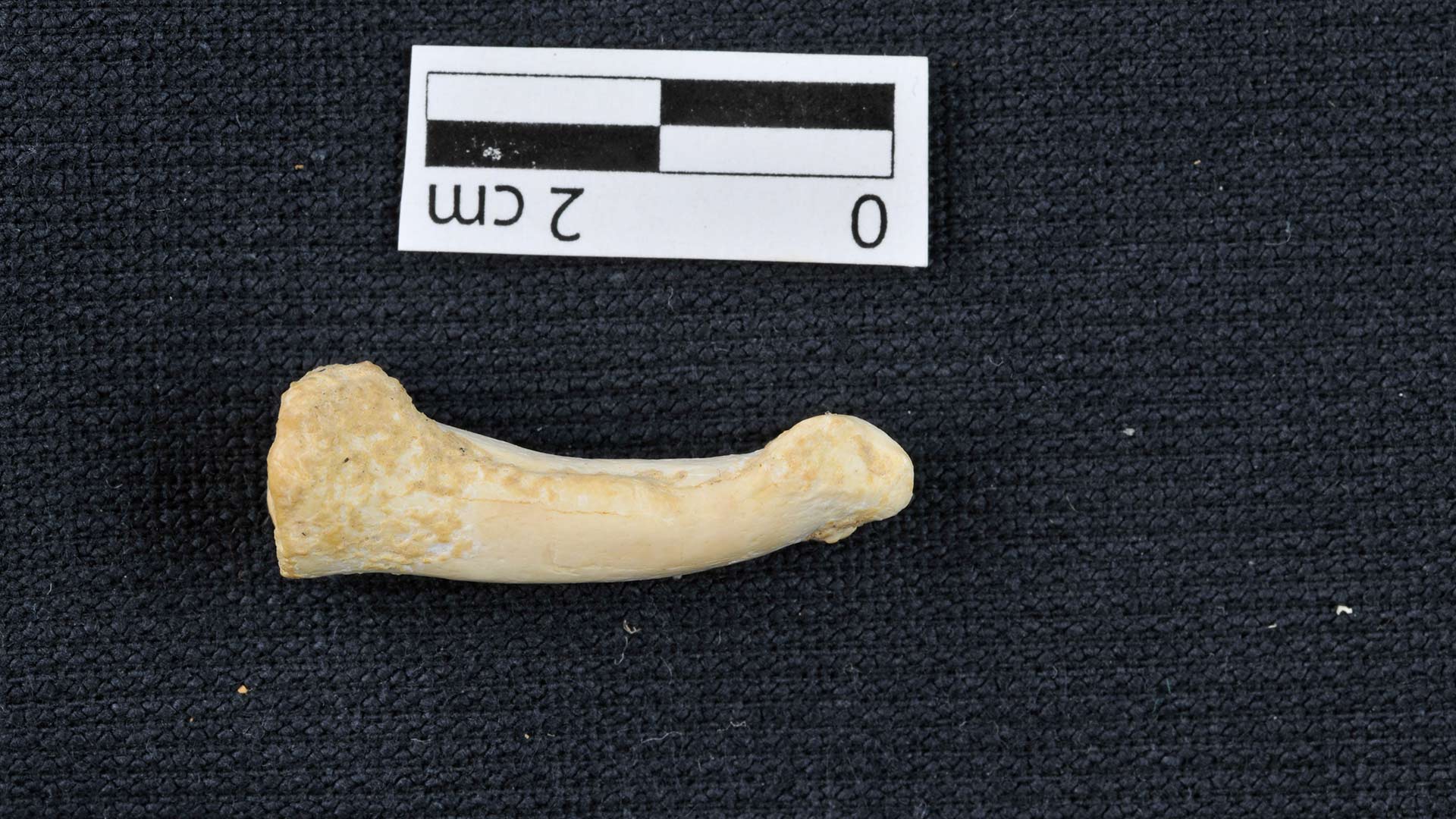 The discovery of a new human ancestor in the Philippines added another species to our genus, Homo. But at least one expert considers that classification premature.

The research appears in the journal Nature.

There is little question the 67,000-year-old hominin remains found in a cave in Northern Luzon in 2007 are important, says Bill Kimbel, director of the Institute of Human Origins at ASU.

Hominins are species on the human branch of the family tree, located after the split with chimpanzees and bonobos. Hominins may be extinct, or make up side branches and dead ends.

In these respects, they much resemble the so-called "hobbits" (Homo floresiensis) found on the Indonesian island of Flores in 2004.

But do they constitute a new species?

VIEW LARGER Right upper teeth of main specimen of Homo luzonensis. From left to right: two premolars and 3 molars, seen from the direction on the tongue.
Callao Cave Archaeology Project

"The identity of the material by the discoverers as a new species is a little problematic from my perspective, in part because some of the most critical pieces of the skeleton and skull are not present," said Kimbel.

One key claim of the paper said the new species, dubbed Homo luzonensis, shows a different combination of primitive and derived features than the combinations found in other members of the same genus, including "hobbits" and modern humans.

Primitive features are passed down unchanged and link species to their ancient ancestors. Derived features entail evolved characteristics that differentiate species from ancient ancestors and cluster them with closely related "relatives." 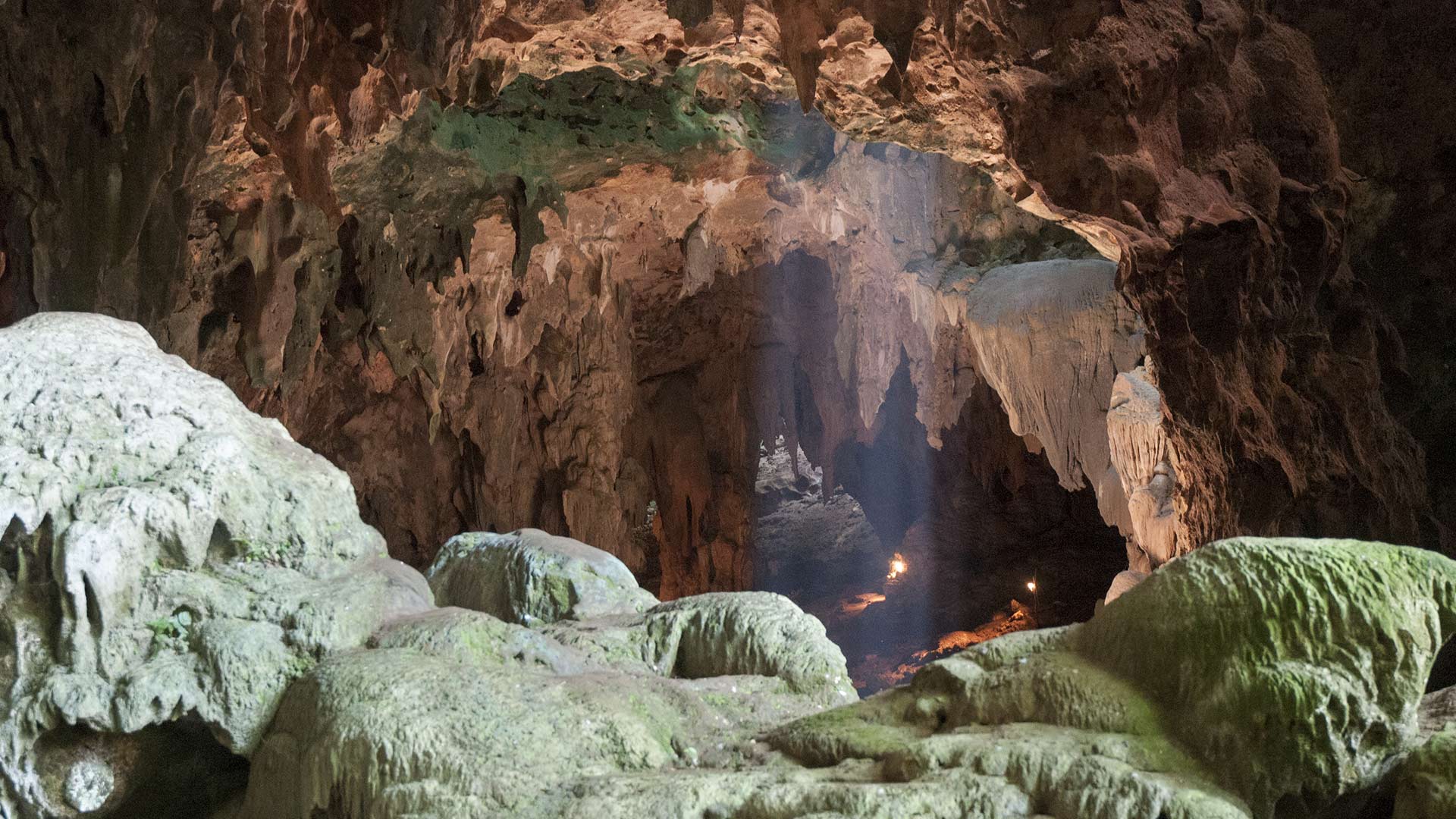 VIEW LARGER Callao Cave (Luzon Island, Philippines), where the fossils of Homo luzonensis were discovered. This view is taken from the rear of the first chamber of the cave (where the fossils were found), in the direction of the second chamber.
Callao Cave Archaeology Project

The hobbits' skeleton and skull were essential in distinguishing them as a separate species. Thus, without those remains, it is difficult to prove H. luzonensis is significantly different from H. flores.

Either way, says Kimble, it's an important find.

"The material is important regardless of whether it's a new species or not because of what it tells us about the potential pathway of hominins getting from the Southeast Asian mainland out into those islands," he said.

Space telescope launch culminates special effort by Tucson company Space telescope launched on daring quest to behold 1st stars New mobile food bank plies Tucson neighborhoods
By posting comments, you agree to our
AZPM encourages comments, but comments that contain profanity, unrelated information, threats, libel, defamatory statements, obscenities, pornography or that violate the law are not allowed. Comments that promote commercial products or services are not allowed. Comments in violation of this policy will be removed. Continued posting of comments that violate this policy will result in the commenter being banned from the site.