The Indian Health Service has been plagued with problems standing in the way of delivering health care. by Felicia Fonseca, Associated Press TWEET SHARE 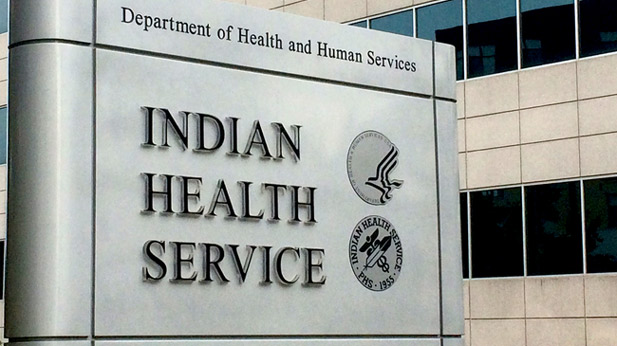 The federal agency that administers health care for Native Americans has long been plagued with problems that have kept it from improving health care delivery to the more than 2.5 million people who depend on it. Money, staffing, infrastructure, health disparities and a general lack of accountability all have played a part.

A federal report released Thursday said things won't get better unless the Indian Health Service takes a serious look at its organizational structure, which the report said fails to adequately track hospital performance and leaves workers uncertain about their roles and responsibilities.

The report by the U.S. Health and Human Services' Office of Inspector General doesn't make any formal recommendations but is meant to maintain pressure on the Indian Health Service as it implements a five-year plan to address access to health care, quality, management and operations, Dallas regional inspector Ruth Ann Dorrill said.

"It's a matter of getting from that page to the direct service delivery and to the patients themselves so they can walk into IHS hospitals and feel like they are consistently and reliably getting high-quality care," Dorrill said.

The Indian Health Service says it recognizes the release of its strategic plan earlier this year is a first step and that embedding the changes within the agency will take time. The plan outlines goals to recruit and retain employees, improve data collection, provide culturally appropriate care and expand services.

"Through sustained effort, partnership with tribal communities and a sincere desire to do better, we will achieve the best care possible for our patients," IHS spokesman Joshua Barnett wrote in a statement to The Associated Press.

The Indian Health Service repeatedly has been the focus of congressional hearings and scathing government reports that seek reform. It runs two dozen hospitals and nearly 80 other health care facilities around the country, most of which are small and on or near Native American reservations.

One-quarter of the hospitals are in the Great Plains region that serves Iowa, Nebraska, North Dakota and South Dakota.

Hospitals in that region have had Medicare funds yanked, and closed temporarily or permanently. Elsewhere in New Mexico and South Dakota, emergency room departments were shut down for months between 2014 and 2017.

The Office of Inspector General released a report last month that found a handful of Indian Health Service hospitals put Native American patients at risk for opioid abuse and overdoses because they failed to follow their own protocols for prescribing and dispensing the drug.

In a separate report released the same day, the office said the Indian Health Service made significant improvements at its hospital on the remote Rosebud Sioux Reservation in South Dakota after the emergency department was abruptly but temporarily closed a few years ago. But it still struggles to hire adequate staff and managers.

A pediatrician accused of sex abuse, Stanley Patrick Weber, was sentenced in January to 18 years in prison for improperly touching two boys on the Blackfeet Indian Reservation in Montana. He's awaiting trial in Rapid City, South Dakota, on several charges of sexually abusing Native American children between 1998 and 2005 while working for the Indian Health Service on the Pine Ridge reservation.

The Indian Health Service this year contracted for an independent review of how it addressed accusations against Weber. Two other inquiries are underway.

The agency has been focused on change in the last few years to ensure all hospitals are reviewed by the same accreditation agency, created an Office of Quality, increased incentives for scholarship and loan repayments for employees, and enhanced screening for new hires.

The Office of Inspector General interviewed current and former Indian Health Service employees and other health care professionals for its latest report. It said formal structures would help employees understand their jobs and keep them accountable. The report also found frequent turnover in leadership led to changes in policies that didn't provide clear direction.

One unnamed interviewee said: "We build our own processes as we go and hope that we are making progress."

Despite the issues, Dorrill said the Indian Health Service is headed in the right direction.

"We've been moved by their obvious, deep commitment to their mission and to their patients," she said. "When we've pointed out these disconnects ... we feel like they're listening."

Pascua Yaqui Tribe receives roughly $27 million in coronavirus relief Redistricting fraught with legal pitfalls Immigration advocates: Exposure to COVID-19 higher than reported in ICE detention
By posting comments, you agree to our
AZPM encourages comments, but comments that contain profanity, unrelated information, threats, libel, defamatory statements, obscenities, pornography or that violate the law are not allowed. Comments that promote commercial products or services are not allowed. Comments in violation of this policy will be removed. Continued posting of comments that violate this policy will result in the commenter being banned from the site.