A documentary tells the true story of how a select group of civilian female mathematicians helped the U.S. achieve victory during World War II. by Mark McLemore Tweet 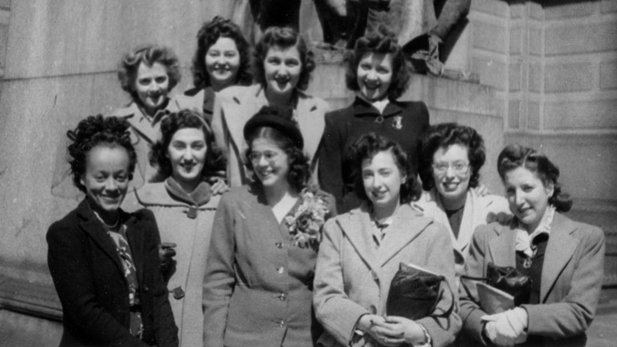 A group shot of some of the women mathematicians who are featured in the documentary "Top Secret Rosies".
LeAnn Erickson

In 1942, when computers were human and women were underestimated, a group of female mathematicians helped win a war and usher in the modern computer age. Sixty-five years later their story has finally been told...

That's director & producer LeAnn Erickson's introduction to her one-hour documentary Top Secret Rosies: The Female Computers of World War II. The film tells a unique story about the contributions made by a group of women mathematicians to the war effort in the early 1940's. 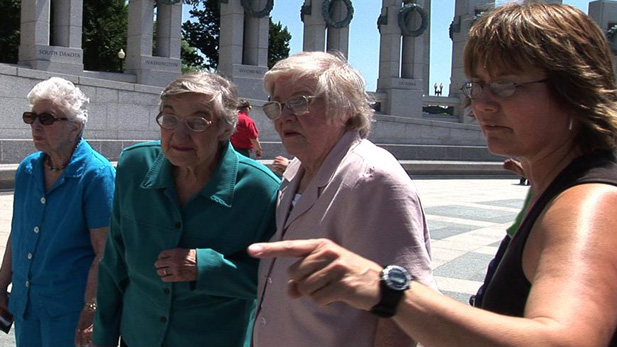 The University of Arizona’s Hanson Film Institute, School of Theatre, Film and Television, Raytheon Women’s Network along with the Raytheon Engineering Directorate, and The Women’s Foundation of Southern Arizona present a special event screening of Top Secret Rosies: The Female Computers of World War II on Friday, November 18, 2011 from 5:30pm to 7:30pm at The University of Arizona Manuel Pacheco Integrated Learning Center (ILC) in Room #120. The screening is open to the public.

Yamiche Alcindor receives the 2022 Zenger Award for Press Freedom from the UA School of Journalism. ‘Somebody special for our 500th ride’ VAUD: UA theater students bring new stories to light from shadows of the past.
By posting comments, you agree to our
AZPM encourages comments, but comments that contain profanity, unrelated information, threats, libel, defamatory statements, obscenities, pornography or that violate the law are not allowed. Comments that promote commercial products or services are not allowed. Comments in violation of this policy will be removed. Continued posting of comments that violate this policy will result in the commenter being banned from the site.