A coordinator said while the pandemic has been hard on the community, less fishing and tourism has been a boon to turtle nesting season. by Kendal Blust, Fronteras Desk Tweet 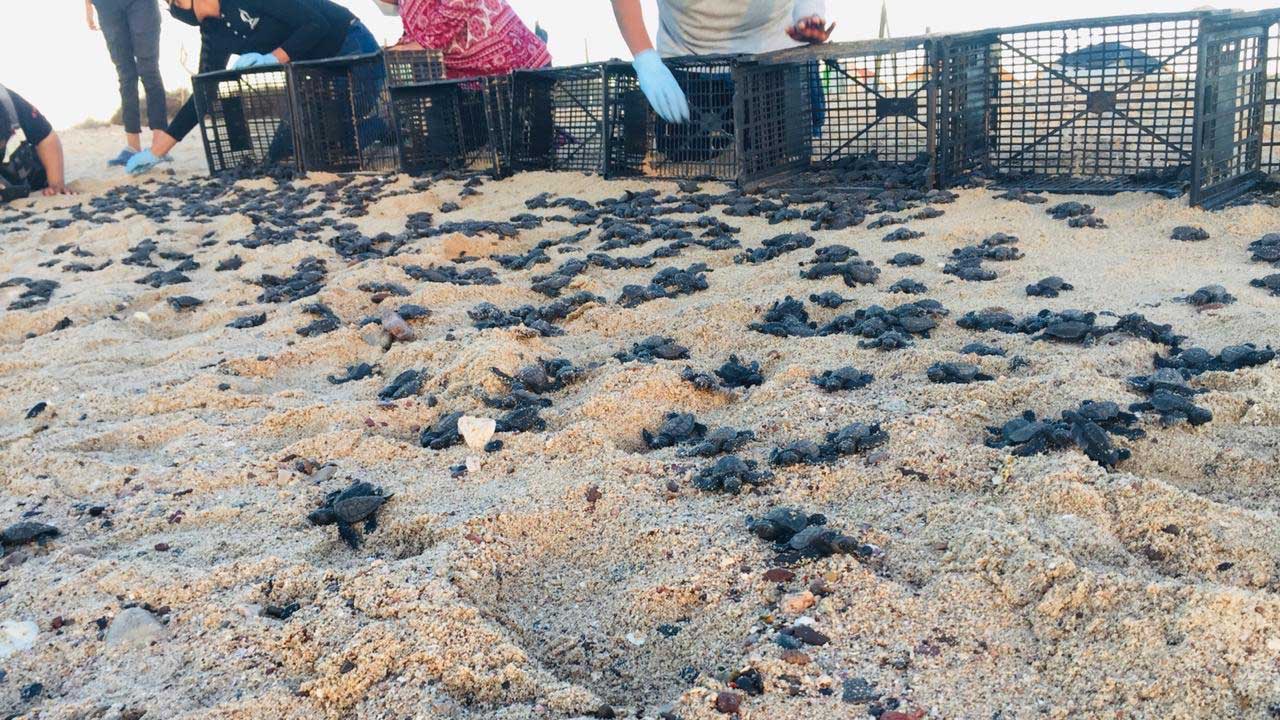 Olive Ridley sea turtle hatchlings make their way back to the Sea of Cortez from the shores of El Desemboque in Sonora, Mexico.
Mayra Estrella Astorga

This year, an Indigenous conservation group in Sonora released a record number of sea turtle hatchlings in its community on the Sea of Cortez. And it’s probably a result of the pandemic.

The group Tortugueros del Desemboque has released more than 2,250 Olive Ridley sea turtle hatchlings on the Mancha Blanca beach in the tiny seaside town El Desemboque — one of two Comcaac communities in Sonora. 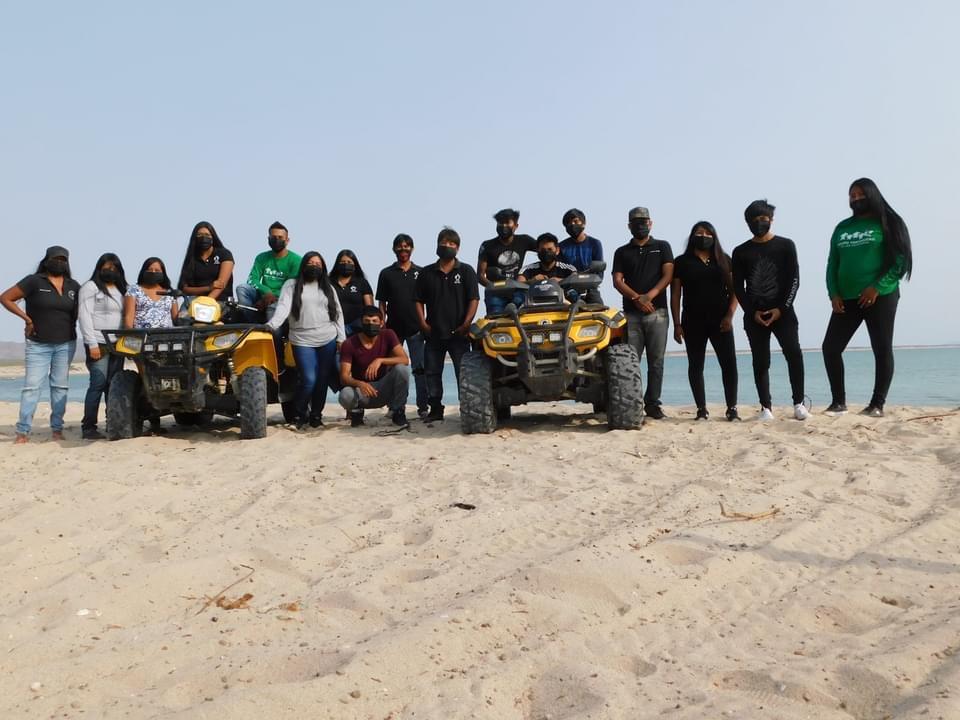 In a normal year, the group might release 1,000 hatchlings, if they're lucky, said turtle conservation group coordinator Mayra Estrella Astorga, adding that in the coming weeks even more turtles may still hatch and make their way back to the sea.

"You could say this has been the worst year of my life, and in another way the best," said Astorga, who was sick with the coronavirus when the first sea turtles started making their way ashore early this summer to lay their eggs.

The pandemic has taken a heavy toll on the health and economy of El Desemboque. But it’s also kept both fishers and tourists away from beaches during the turtle nesting season. And Astorga, who has dedicated the last decade to protecting the endangered turtles, calls that a miracle.

"This year has been one of the hardest for our community. The pandemic brought sickness and death to our people and complicated the economic situation here," she said. "And that’s why we are so happy that, in the middle of this tragedy this miracle of nature happened as a result of fewer fishing boats and tourists. But also through the efforts of the community." 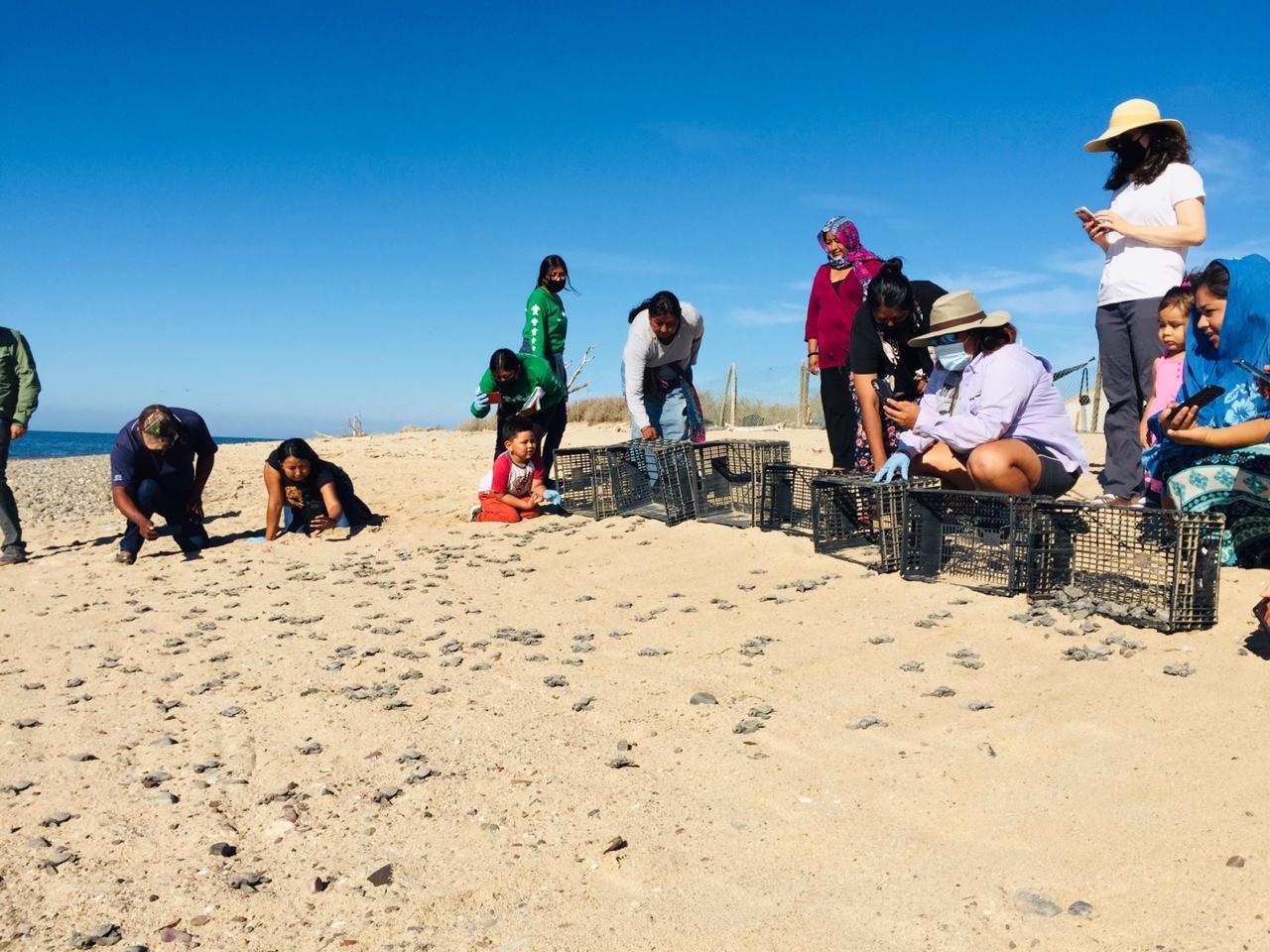 Astorga said this season was exciting for her and the rest of the turtle conservation group, which have never seen so many of the tiny turtles hatch in their community.

"This is the work I love to do, and it was a great success this year," she said.

Inbreeding won’t doom the endangered vaquita marina — but fishing nets might Making the most of water in Tucson Rosemont returns clean water permit
By posting comments, you agree to our
AZPM encourages comments, but comments that contain profanity, unrelated information, threats, libel, defamatory statements, obscenities, pornography or that violate the law are not allowed. Comments that promote commercial products or services are not allowed. Comments in violation of this policy will be removed. Continued posting of comments that violate this policy will result in the commenter being banned from the site.