The first cases were found in Maricopa County. by Associated Press Tweet 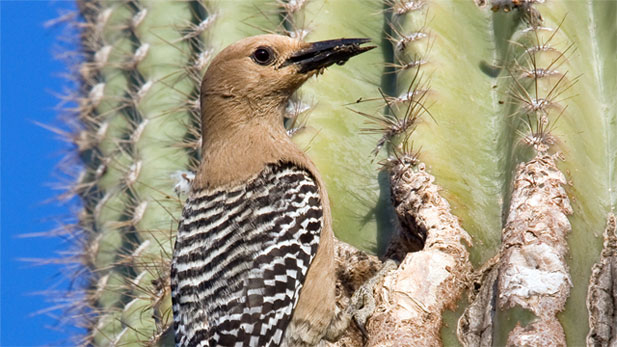 Woodpeckers are only one of the local species of birds that nest during the month of March.
AZPM

Arizona officials have confirmed the first cases in the Southwest of a bird flu that has led to the deaths of 37 million birds on commercial farms in the central and eastern U.S.

Arizona Game and Fish officials announced this week that the disease was present in three wild cormorants that had been found dead in a park in the Phoenix suburb of Scottsdale.

The agency says the disease has not yet been found in any domestic birds or in commercial operations.

Hickman Family Farms has about 2 million egg-laying chickens in Arizona, California and Colorado and stopped tours and double-checked its biosecurity program to minimize the chance of an outbreak.

For the Birds Playing Tag with Hummingbirds New studies firmly fix source of COVID-19 outbreak
By posting comments, you agree to our
AZPM encourages comments, but comments that contain profanity, unrelated information, threats, libel, defamatory statements, obscenities, pornography or that violate the law are not allowed. Comments that promote commercial products or services are not allowed. Comments in violation of this policy will be removed. Continued posting of comments that violate this policy will result in the commenter being banned from the site.