During her State of the State address earlier in the month, Gov. Jan Brewer set the mood for what the 2014 legislative session should look like, with child protection, business attraction, and more funding for education as her top priorities for improvement. 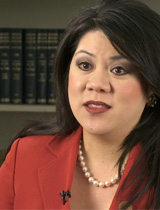 In the speech, Brewer suggested the creation of what she called "student success funding," a performance-based funding plan for K-12 schools, and in her budget proposal for the new fiscal year, she asked for an additional $40 million to pay for such addition.

While many applaud the governor's determination to have the Legislature bring more money to schools and better Arizona's educational system, there are also those who are skeptical about whether Brewer's plans will work, and people who argue the state is not doing much to help Arizona schools.

Educators and state lawmakers discussed the state of education funding during Friday's broadcast of Arizona Week.

"Education is a priority for all of us here (in the Legislature)," said Republican state Rep. Kimberly Yee, chairman of the Legislature's Education Committee. "We are preparing our budgets now, and we are projecting to see a continued increase to our education funding...in the upcoming few years."

Yee said education funding will be increasing over the course of the next three fiscal years. In 2014-15, there will be about $167 million, increasing to about $230 million in 2015-16, and approximately $303 million the following fiscal year, she explained.

However, two state educators are unsure about the Legislature's alleged pumps to funding, arguing such don't really exist and they've instead contributed to mandates that keep taking money out of schools, and bills that will "kill public education." 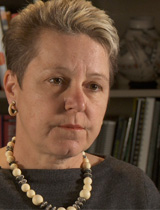 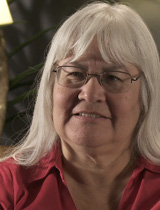 "The Legislature continues to come up with creative ways that, as far as I'm concerned...fool the public into thinking (they) are doing something when (they) are really not," said Linda Thompson, president of the Oracle Elementary School District Governing Board. "...these bills are intended to, in my opinion, kill public education."

There is also Brewer's plan for a student success funding. While Yee seemed optimistic because it could bring more money to poorer schools, Thompson and Banales don't think it's a good idea, as it could potentially isolate schools that desperately need a boost in funding because their students aren't up to certain standards.

Not that the state shouldn't recognize students and schools that are doing well, but perhaps there could be an equal share of more money, Banales suggested.

For such program, Brewer requested an extra $40 million this fiscal year, and Yee said the Legislature had provided some funding last year to get it flowing, and said they are still looking into how to implement the program.

Regarding Brewer's remarks that education reform should be one of the things she's remembered for when her term is over, both Thompson and Frances Banales, president of the Tucson Education Association, argued the governor has not done enough to help the system.

Banales said, in fact, the last few years the state has gone in the wrong direction when it comes to education, because there is a lack of communication between those in the classroom and lawmakers.

"Those who are making the decisions are non-educators for the most part, already there is a disconnect," she said. "I don't think there is a lot of listening to the professionals doing the work. Until (the Legislature) gets on board with the educators that are doing the work, and the Legislature (makes laws that support that work), we are not going to see success."

Both Banales and Thomas said educators, students and the public should participate in the debate, and be constantly vocal about what schools and students need, so that there is legislation that will have long term fixes to cracks in funding and the educational system as a whole.

AZ Week: Students Need Tuition Freeze, ASUA President Says AZ Week: More State Money Key for Stable Tuitions, ABOR Says Child Welfare Reform Priority in Budget for New Fiscal Year
By posting comments, you agree to our
AZPM encourages comments, but comments that contain profanity, unrelated information, threats, libel, defamatory statements, obscenities, pornography or that violate the law are not allowed. Comments that promote commercial products or services are not allowed. Comments in violation of this policy will be removed. Continued posting of comments that violate this policy will result in the commenter being banned from the site.