Study: More Mexicans Going Home Than Coming to the US 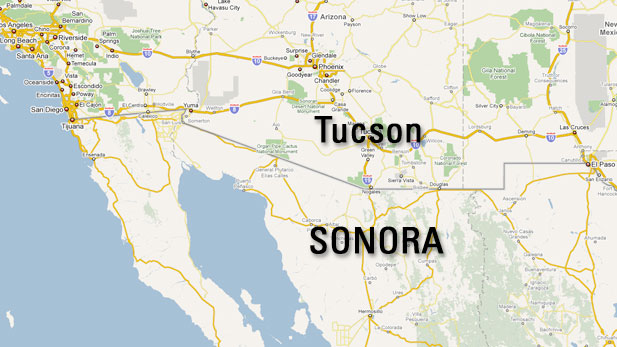 Tucson Sonora, Mexico
A new study documents a historic shift in Mexican immigration to the United States. Nancy Montoya reports that for the first time in four decades more Mexican nationals are returning to their homeland than are coming to the U.S.
LISTEN

On Fox News, Republican presidential candidate Donald Trump said, “The Mexican Border is a sieve. People are pouring into our country.”

A report from the Pew Research Center found the flow of Mexican immigrants between the U.S. and Mexico has shrunk.

Between 2009 and 2014, 870,000 Mexicans crossed the border into the U.S., Pew reports. However, more than a million packed their bags and voluntarily headed back to Mexico.

There has been some political pushback from the Trump Campaign saying the report is “probably biased” in favor of illegal immigration – a claim that Mark Lopez, head of Hispanic Trends for the Pew Center calls ridiculous.

“We are a non partisan, non advocacy organization," Lopez said. "We are not advocating for any policy change."

Lopez said the Pew report found that the biggest reason cited for leaving the U.S. to go back to Mexico is reunification of family.

'Misconceptions' in ACLU Claims Against Border Patrol Homeland Security waives contracting laws for border wall DOJ sanctuary city crackdown won't impact Arizona cities, US attorney's office says
By posting comments, you agree to our
AZPM encourages comments, but comments that contain profanity, unrelated information, threats, libel, defamatory statements, obscenities, pornography or that violate the law are not allowed. Comments that promote commercial products or services are not allowed. Comments in violation of this policy will be removed. Continued posting of comments that violate this policy will result in the commenter being banned from the site.