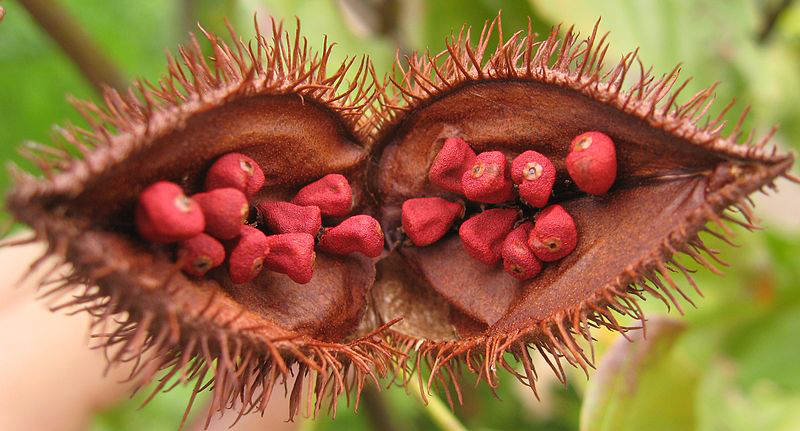 Bixin is a bright reddish-orange compound found in annatto, a condiment and food coloring derived from seeds of the achiote fruit. Annatto is a common ingredient in Latin American cooking.

UA College of Pharmacy scientists discovered that the compound prevents the formation of cancer cells and skin damage from ultraviolet rays in mice.

Pharmacy Associate Professor Georg Wondrak’s research focuses on small molecules, often in edible plants, that can prevent skin cancer. He works with professor Donna Zhang to determine if the compounds have cancer-preventive properties.

Wondrak said his discovery prevents UV skin damage from the inside out by inducing cells to make protective antioxidants to prevent cancer cells from forming.

The scientists will next test their research in humans. Because annatto is approved by the Food and Drug Administration as a safe food additive, its use in clinical trials is expected to require fewer rounds of testing, the researchers said.

UA Cancer Center Delivers Data to Help Skin Cancer Patients Do You Tan or Burn? What Genes Say About Your Skin in the Sun Skin Won't Absorb New UA-Developed Sunscreen
By posting comments, you agree to our
AZPM encourages comments, but comments that contain profanity, unrelated information, threats, libel, defamatory statements, obscenities, pornography or that violate the law are not allowed. Comments that promote commercial products or services are not allowed. Comments in violation of this policy will be removed. Continued posting of comments that violate this policy will result in the commenter being banned from the site.