US House Committee Further Protects A-10 from Retirement 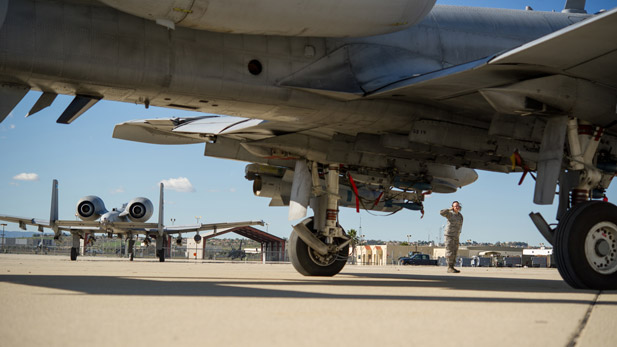 The new, National Defense Authorizations Act (NDAA) reiterates that the Air Force may not retire the A-10 airplane.

The A-10 is the primary plane flown at Tucson’s Davis-Monthan Air Force base.

The Air Force has tried to retire the A-10 as a cost-saving measure, but Congress has fought back.

This year, the Air Force relented and said the plane will fly until 2022.

The NDAA protects the A-10 if Air Force officials change their plans. The document says the Air Force may not “retire, prepare to retire, or place in storage any A-10 aircraft.”

It also requires the Air Force maintain 171 A-10 designated as “primary mission aircraft.”

Nearly half of the A-10 fleet is based at Davis-Monthan Air Force Base.

The NDAA faces votes in the full House and Senate.

Air Force Criticized over A-10 Retirement Efforts Tucson's Davis-Monthan Is Home to Top A-10 Unit Air Force Begins to Design New Plane to Replace A-10
By posting comments, you agree to our
AZPM encourages comments, but comments that contain profanity, unrelated information, threats, libel, defamatory statements, obscenities, pornography or that violate the law are not allowed. Comments that promote commercial products or services are not allowed. Comments in violation of this policy will be removed. Continued posting of comments that violate this policy will result in the commenter being banned from the site.