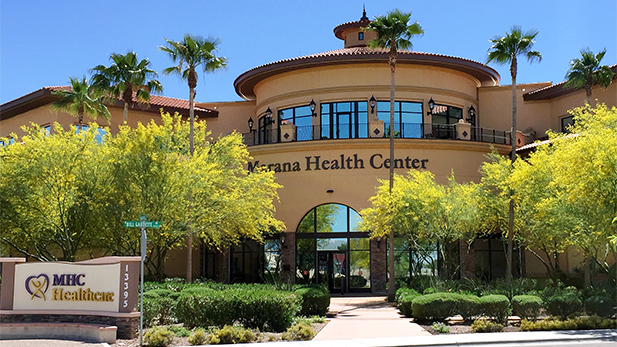 Finding a good doctor in a small town or rural community can be a hard task to undertake.

Many of those places are federally recognized medically underserved areas where there aren't enough primary care physicians or clinics to adequately serve the community.

The federal government has sought a creative solution to the complicated problem by drawing from a pool of foreign medical students in the United States on a short-term, non-immigrant visa, known as a J-1 visa, to pursue graduate-level medical education or participate in a residency program.

Normally this type of visa requires the medical students to return to their country of origin for a minimum of two years to share their newfound expertise. However, the government decided to allow a certain number of physicians to waive that requirement in exchange for working at a clinic in a medically underserved area for three years.

That's how Hassan Abdullah came to practice medicine at the Marana Main Clinic of MHC Healthcare in Marana, Arizona, more than 8,000 miles from his hometown of Karachi, Pakistan. 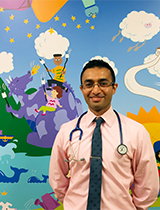 After participating in a residency program, Abdullah decided to stay in the United States.

"I applied to a lot of places that offered J-1 waiver positions, and these are usually rural communities, so places I had never heard of [such as] Duncan, Oklahoma or Kokomo in Indiana, in Marana, Arizona," Abdullah said. "I fell in love with it the first time I came here and the fact that I was given the opportunity to be the only pediatrician in a pretty large area, and that’s what primary care is all about. I wanted to be at the forefront of delivering the care."

Abdullah is the only pediatrician at the Marana Main Clinic. On a normal day, he sees about 20 patients. On a busy day, he can see up to 30. He estimates that he provides care to approximately 5,000 children every year.

The J-1 waiver is a mutually beneficial relationship for the community and the foreign physicians, according to Abdullah.

"On one hand, the physicians are able to complete their three-year service in an underserved area, and on the other hand the community benefits as well by getting access to improved primary care right at their doorstep," he said. "There’s reduced healthcare costs overall because of reduced hospital admissions, reduced ICU care, and we’re able to prevent the problems from snowballing into something bigger." 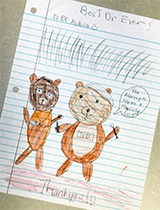 "I think it’s beneficial because not everyone in America is American," Clark said. "So, a lot of times, part of that medically underserved population that we’re also serving, they have cultural differences, also linguistic differences, and so having doctors that are not American, they can identify with some of those things that maybe no one else could identify or maybe even understand."

The terms of Abdullah's waiver were up about a year and a half ago, but he has stayed in Marana because of the connection he feels with the community.

Julianne Stanford is an AZPM intern and University of Arizona journalism student.

Can Inland Checkpoints Stop Border Drug Trafficking? Tucson Area Vets' Cemetery Dedicated in Marana Saturday Doctor Puts Hands, Head, Heart into School Instrument Repair
By posting comments, you agree to our
AZPM encourages comments, but comments that contain profanity, unrelated information, threats, libel, defamatory statements, obscenities, pornography or that violate the law are not allowed. Comments that promote commercial products or services are not allowed. Comments in violation of this policy will be removed. Continued posting of comments that violate this policy will result in the commenter being banned from the site.