× CORONAVIRUS: The latest coverage and local resources regarding COVID-19 from the Arizona Public Media newsroom.
/ Modified may 9, 2016 4:47 p.m. 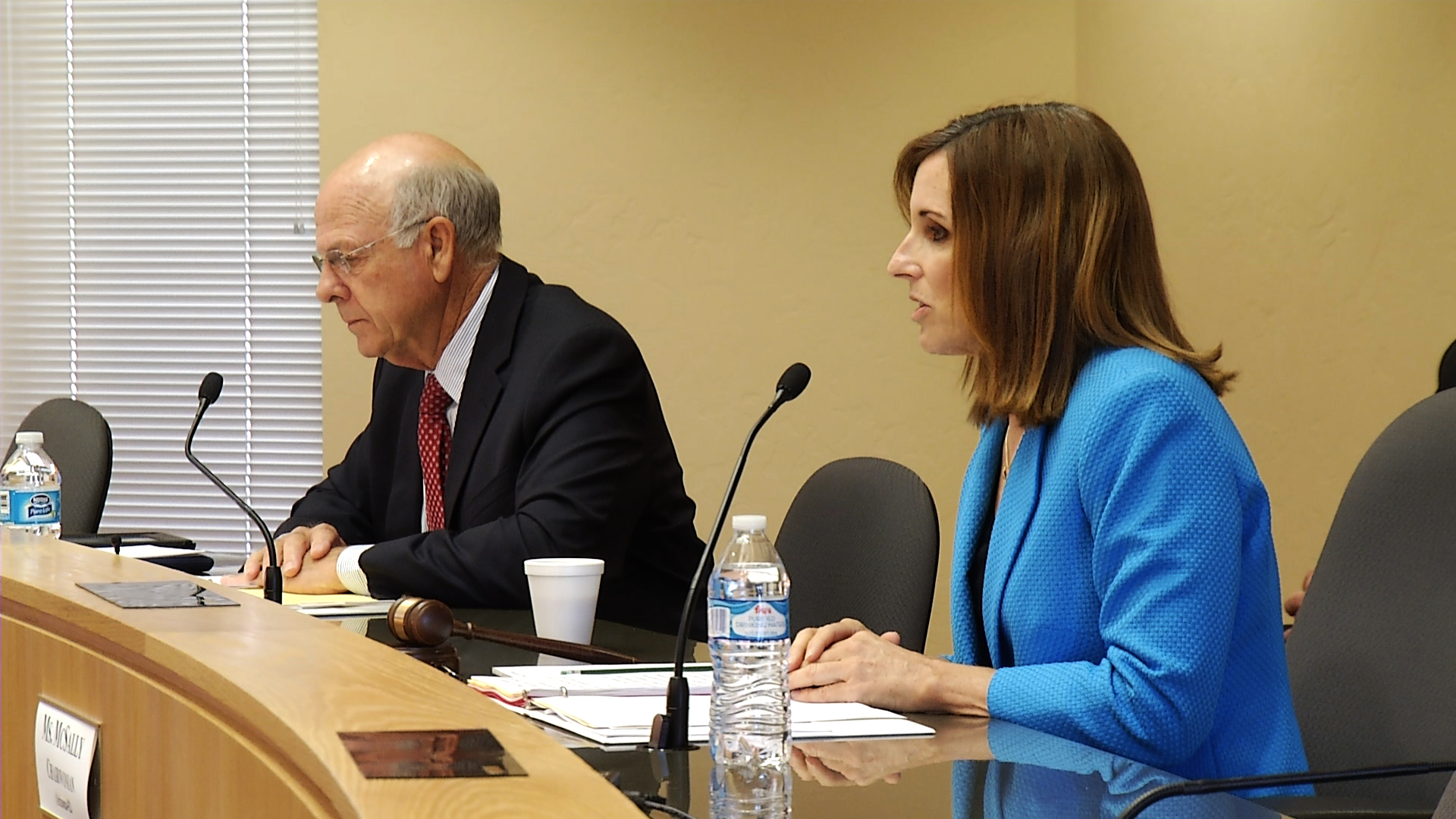 Rep. Martha McSally held a congressional field hearing Monday morning in Sahuarita. The topic was the U.S. Mexico border and the people who live and work there.

Border Patrol Union representative Art Del Cueto testified that agents are beefing up checkpoints away from the border. He defended the practice as the best way to stop the flow of drugs from the cartels.

“The drug cartels control the border the same way that many prisons are controlled by the inmates," Del Cueto said. "Nothing moves along this border without their permission and illegal aliens and narcotics are simply two lines of business within that organization."

Douglas Mayor Danny Ortega took issue with the assertion that the checkpoints work.

“I unfortunately disagree with Mr. Del Cueto," Ortega said. "In talking with some of the outlying areas, they want more agents closer to the border to try to stop the people, primarily drugs at this time.”

Mayor Ortega said there also must be a way to better integrate agents into the community.

Arizonans Question Border Patrol Checkpoints at Hearing Bill for Female Pilots' Arlington Burials Sent to Obama Immigrant Doctors Provide Care to State's Small Communities
By posting comments, you agree to our
AZPM encourages comments, but comments that contain profanity, unrelated information, threats, libel, defamatory statements, obscenities, pornography or that violate the law are not allowed. Comments that promote commercial products or services are not allowed. Comments in violation of this policy will be removed. Continued posting of comments that violate this policy will result in the commenter being banned from the site.