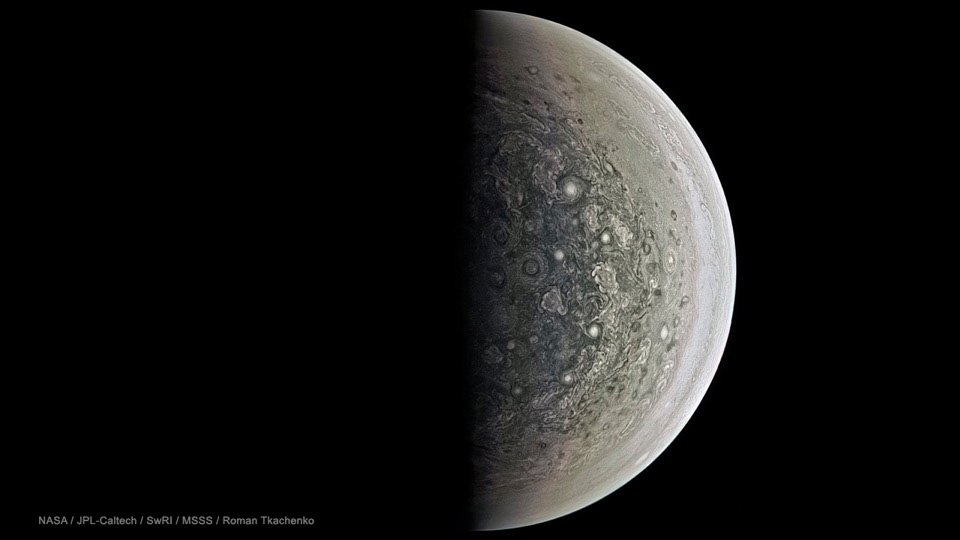 A spacecraft taking pictures of Jupiter with a camera that a Tucson-based scientist manages has sent back pictures of a storm that would dwarf any earthbound hurricane.

NASA’s Juno spacecraft made a first pass by Jupiter in August, and its instruments were turned on just to test them. The camera pictured a storm more than half the size of Earth.

Candice Hansen of the Planetary Science Institute in Tucson says what her camera captured amazed everyone.

"We always thought we would do some science with JunoCam," she said.

Hansen says the camera’s main purpose is to connect the public to the space mission by asking for online voting on what will be photographed. 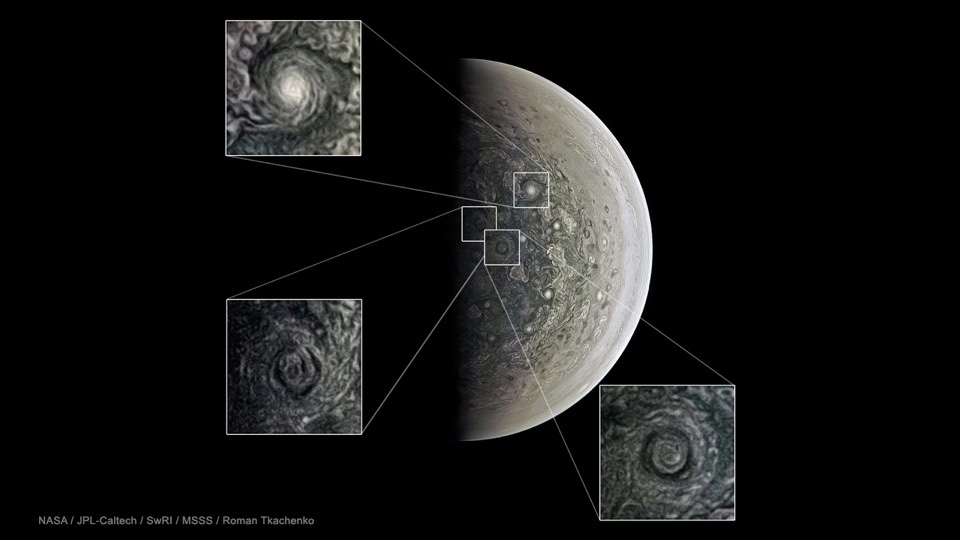 Storms larger than half the size of Earth at Jupiter's north pole.
NASA/JPL-Caltech/SwRI/MSSS

Mission leader Scott Bolton says the data returned by the camera and other instruments is providing new information about Jupiter.

“We’ve never been this close to Jupiter. Each data set is remarkably unique and discovery-like. We’re seeing things that we didn’t expect across the board,” Bolton said.

The spacecraft will orbit Jupiter for at least the next 14 months, sending back pictures and other data.

Amateurs Help Bring Life to Images of Jupiter's Great Red Spot Tucson Camera on Jupiter Mission Reveals Cyclones Jupiter to Shine Its Brightest and Biggest
By posting comments, you agree to our
AZPM encourages comments, but comments that contain profanity, unrelated information, threats, libel, defamatory statements, obscenities, pornography or that violate the law are not allowed. Comments that promote commercial products or services are not allowed. Comments in violation of this policy will be removed. Continued posting of comments that violate this policy will result in the commenter being banned from the site.