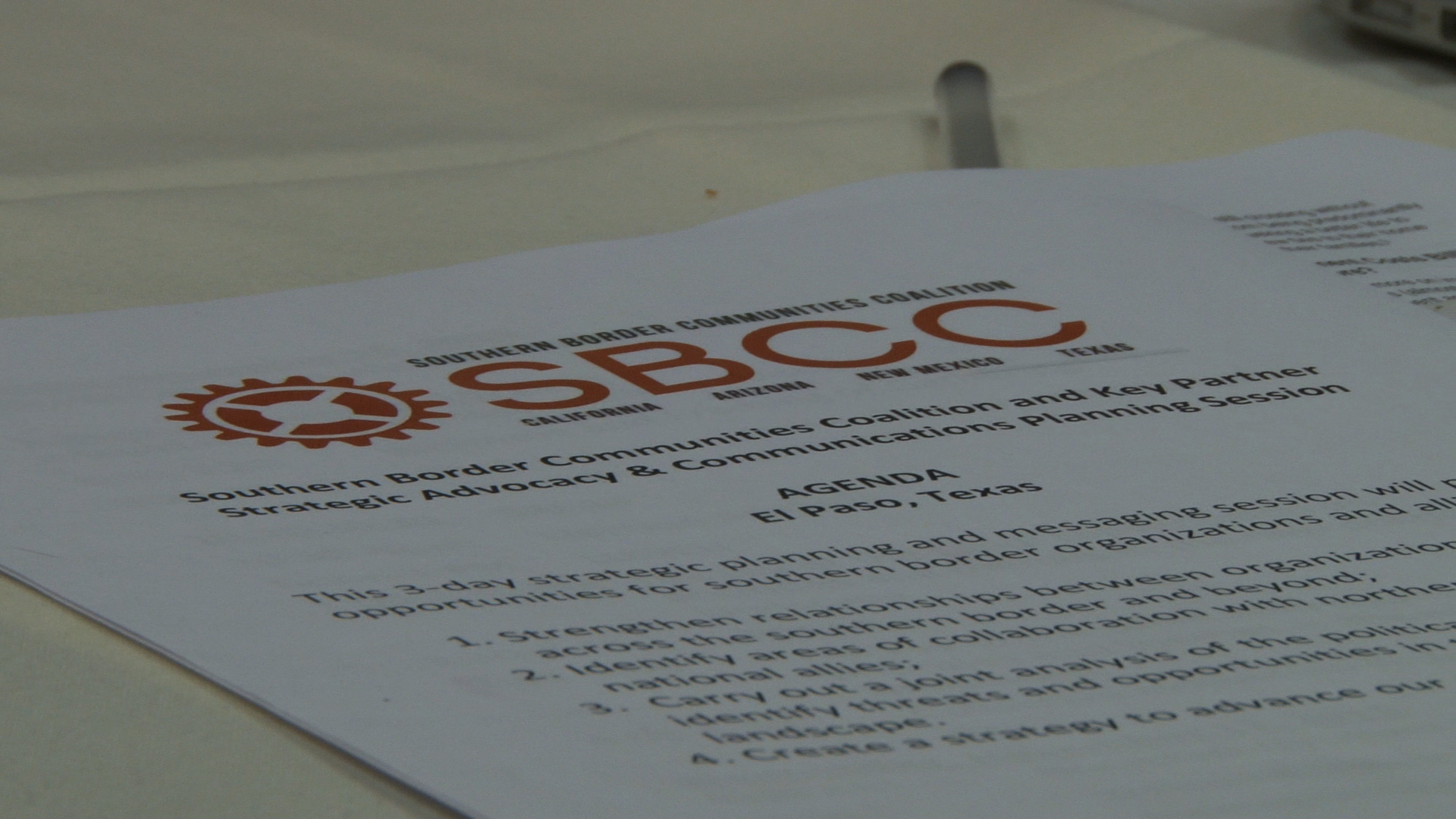 The main concern for a coalition of more than 60 border groups is not President-elect Donald Trump’s promise of a border wall, but rather promises to expand of Border Patrol and the potential for more hardline officials at the agency.

The U.S-Mexican border extends more than 2,000 miles, spanning four states from California to Texas. More than 12 million people live on both sides of the political line.

In El Paso, Texas, last week representatives from community groups along the border called an emergency meeting. Joanna Williams is the director of education and advocacy at the Kino Border Initiative in Nogales, Arizona, and Nogales, Sonora.

"We seek to respond to the needs of migrants at the border," she said.

Members of the coalition have their eyes on Jan. 20, inauguration day for Trump.

“CBP is the largest law enforcement agency in the United States. They have jurisdiction that allows them to operate within a hundred miles within any international boundary,” said Christian Ramirez is the executive director of the coalition.

“They have extraordinary powers - things like being able to waive the Fourth and the Fifth Amendments of the Constitution. … These are the kinds of things that folks on the southern border have lived with for decades – for generations really.”

Ramirez says it’s not just the southern border that will be affected by an emboldened Border Patrol. At the meeting in El Paso, human rights groups from the northern border also came to talk about their worries.

“We want to be able to respond in a way that promotes the dignity and the rights of border residents ... in a very proactive way instead of being caught on our heels or saying, ‘Oh, we’ll just wait to see what happens.' Because we know this is going to be a priority for them,” Williams said.

The relationship between border communities and federal agencies has shown improvement in recent years.

Gil Kerlikowske was appointed as the head of Customs and Border Protection two years ago by the Obama administration. Kerlikowske, in turn, vowed to make Border Patrol more transparent and come down hard on abusive agents. He appointed a new head of the Border Patrol from outside the agency. Former FBI agent Mark Morgan took over three months ago. Commissioner Kerlikowske spoke earlier this year about the message he was sending to human rights groups like the Southern Border Communities Coalition.

But under a new administration led by Trump, Kerlikowske and Morgan will be on their way out, Ramirez said, and they’ll be replaced by immigration hardliners who will be more likely to expand the powers of CBP.

“We are very concerned about what the prospects means for our nation when you have this large police force, and the sort of rhetoric that we have heard from President-elect Trump,” Ramirez said, "has created an urgent need for us to come together to celebrate our diversity – but also to unify us into a border voice to say: ‘No, this is the United States of America and the Constitution is the law of the land, not the president of the United States.’”

Mexican President Cancels Meeting with Trump over Wall-Building Order Assaults Against US Border Officers Rise Threefold Border Rights Group: Apprehension Methods Contribute to Migrant Deaths
By posting comments, you agree to our
AZPM encourages comments, but comments that contain profanity, unrelated information, threats, libel, defamatory statements, obscenities, pornography or that violate the law are not allowed. Comments that promote commercial products or services are not allowed. Comments in violation of this policy will be removed. Continued posting of comments that violate this policy will result in the commenter being banned from the site.