Haunting the Halls of the Historic Gila County Jail

The 1910 jailhouse closed its doors in 1981 is opened again, this time as a haunted attraction. by Brandon Mejia TWEET SHARE 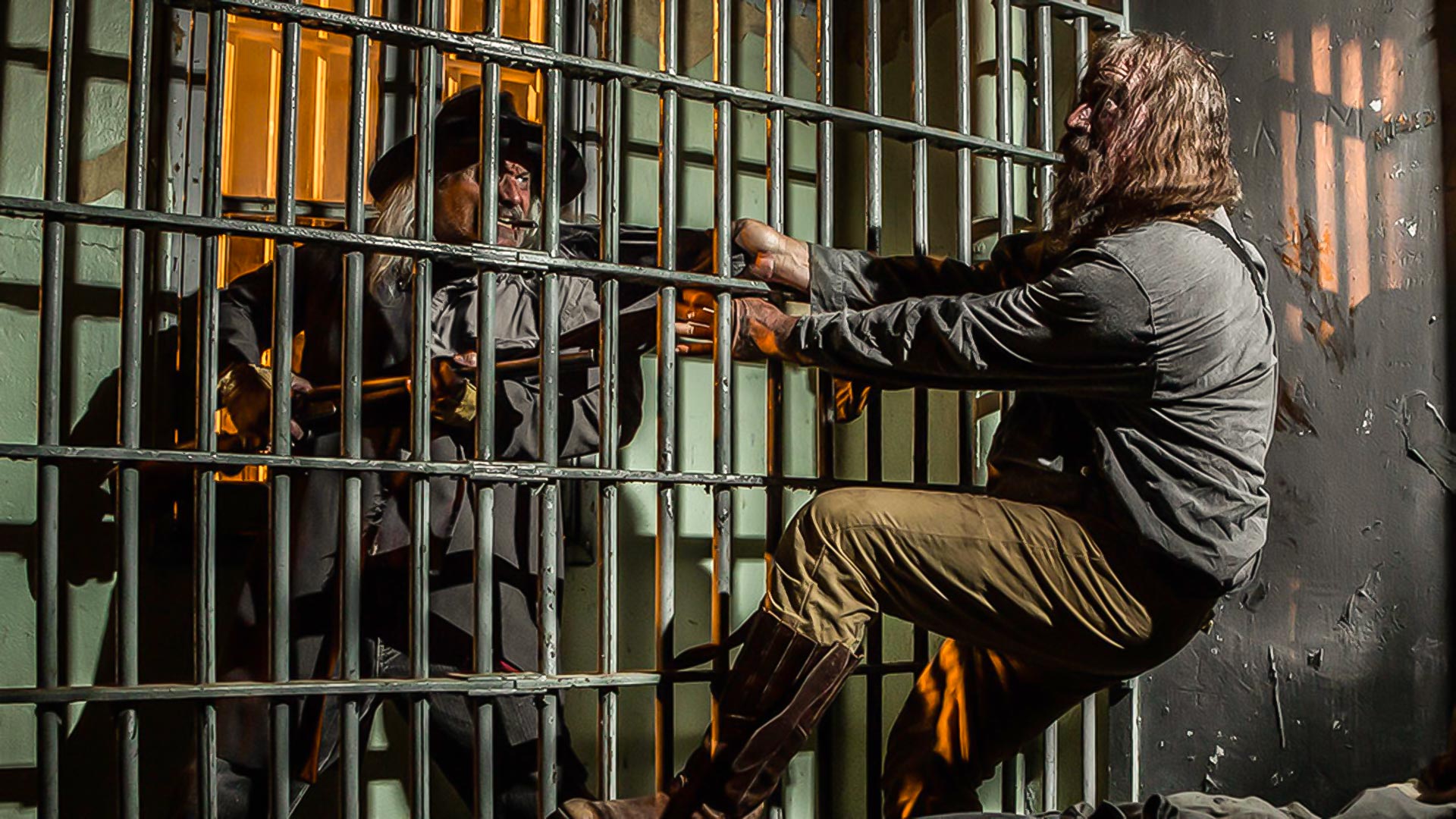 Visitors and workers at a Gila County Jail facility say you can routinely hear the voices, footsteps and movements of inmates. The only problem? It’s been closed since 1981.

“Second week into the build, I was using my air compressor, and three times we had turned the compressor completely off and within 10 minutes it came on by itself,” said George Nelson, producer for the Haunted Jail at Globe, the name of the attraction in Globe, Arizona.

The original jailhouse opened its doors in 1910, and this is the first time it is being used as a haunted attraction.

Nelson has been in the entertainment industry for 26 years as a stunt man, actor and show producer. Working alongside Nelson is art director Sid Kramer. Throughout the beginning stages of construction, Nelson said it was Kramer who wanted to keep the jail house in its natural state as much as possible.

“We’re playing off the history of Globe, the history of this haunted jail. It’s got some crazy stories about this jail — the natural aesthetics of the building and the beautiful red brick and the stone and these eerie power lines. It’s just creepy as heck,” Nelson said.

The haunted attraction opened in late September and runs through October. It opens at 6 p.m. Thursday through Saturday and costs $16.

The Haunting of the Mexican Border Resuscitation Methods Developed in AZ Known Around Globe News roundup: Biden brings changes to AZ, Navajo Nation hits 1K COVID-19 deaths
By posting comments, you agree to our
AZPM encourages comments, but comments that contain profanity, unrelated information, threats, libel, defamatory statements, obscenities, pornography or that violate the law are not allowed. Comments that promote commercial products or services are not allowed. Comments in violation of this policy will be removed. Continued posting of comments that violate this policy will result in the commenter being banned from the site.