A forecast suggests climate and demand could drain so much water cutbacks would be necessary. by Dan Elliott, Associated Press Tweet

DENVER — A vital reservoir on the Colorado River will be able to meet the demands of Mexico and the U.S. Southwest for the next 13 months, but a looming shortage could trigger cutbacks in 2020, officials said Wednesday.

A forecast from the U.S. Bureau of Reclamation echoes previous warnings that a nearly 20-year trend toward a drier regional climate coupled with rising demand could drain so much water from the Lake Mead reservoir that cutbacks would be mandatory.

The report increases the pressure on seven U.S. states that rely on the river to finish a long-delayed contingency plan for a shortage.

"If these projections materialize, we're very quickly going to lose control of how to manage the deteriorating conditions on the Colorado River," said John Entsminger, general manager of the Southern Nevada Water Authority, which serves 2.1 million people, including the city of Las Vegas.

The water is divided under international treaties, court rulings and interstate agreements. If there's not enough water to go around, Mexico, Arizona and Nevada would be the first to see their shares reduced.

The Bureau of Reclamation forecast says all the users will get their usual share through the end of 2019. But the report projects that by October 2019, the surface of Lake Mead could fall below 1,075 feet (330 meters) above sea level, the agreed-upon point that would trigger an announcement of cutbacks that would occur in 2020. 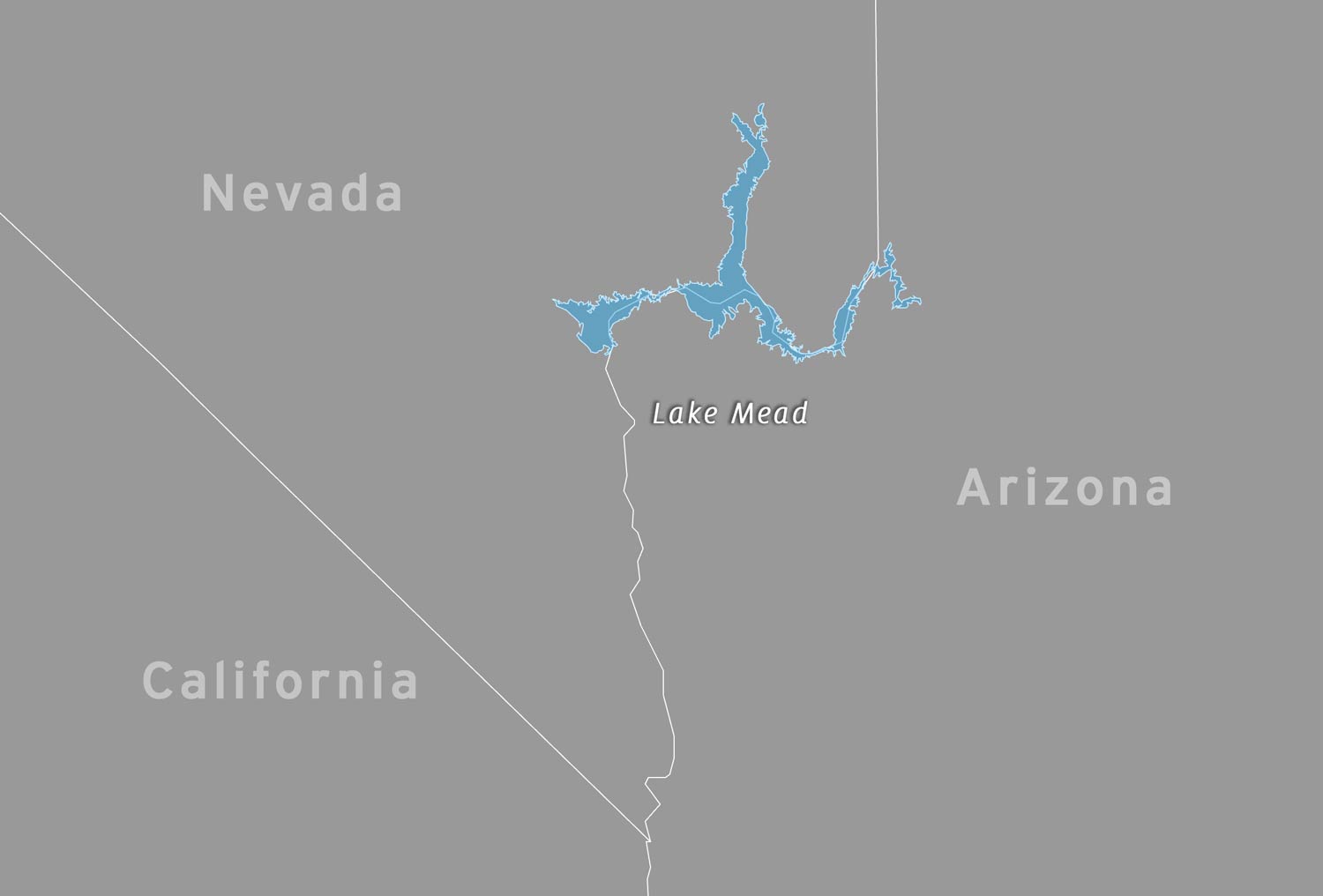 The bureau operates on a water year that runs from October through September, tied to the cycle of winter snow and spring runoff.

"If everything holds true and the hydrology matches the models, then that's probably where we're going to be," agency spokesman Marlon Duke said.

The chances of a shortage in 2020 remain at 52 percent, the same odds the bureau announced in May, he said. Lake Mead has never had a shortage and if next winter provides enough snow in the mountains that feed the river, it could be averted, Duke said.

"It really depends on what kind of snowpack and precipitation we get across the basin throughout the coming winter," he said.

The Colorado River states agreed to come up with contingency plans to conserve water and avoid mandatory cutbacks in the event of a shortage. But negotiations have been slow and difficult, in part because Arizona's largest river users are still trying to agree on a unified state position, water experts said.

"Right now the thing that's holding it up is Arizona and the inability to come together," said John Fleck, director of the University of New Mexico's Water Resources Program. "The whole system is at risk."

A spokeswoman for the Central Arizona Project, the state's largest water supplier, declined to comment. Officials of the Arizona Department of Water Resources did not immediately respond to an email seeking comment.

The Bureau of Reclamation dates the Colorado River region's drought to 2000, but a small group of academics called the Colorado River Research Group said the river might be experiencing a longer-term shift to a more arid climate.

"Perhaps the best available term is aridification, which describes a period of transition to an increasingly water scarce environment," the group said in a March paper.

The demand exceeds the supply, she said. "Anyone who has managed a bank account for families knows that over time, that spells disaster."

Planning for Water Shortage Feud Erupts Between Central Arizona Project, US States Over Colorado River Farmers in Central Arizona Prepare for a Future with Less Water
By posting comments, you agree to our
AZPM encourages comments, but comments that contain profanity, unrelated information, threats, libel, defamatory statements, obscenities, pornography or that violate the law are not allowed. Comments that promote commercial products or services are not allowed. Comments in violation of this policy will be removed. Continued posting of comments that violate this policy will result in the commenter being banned from the site.