The group conducts research on glioblastoma, the type of cancer that took Sen. John McCain's life. by Tony Perkins Tweet 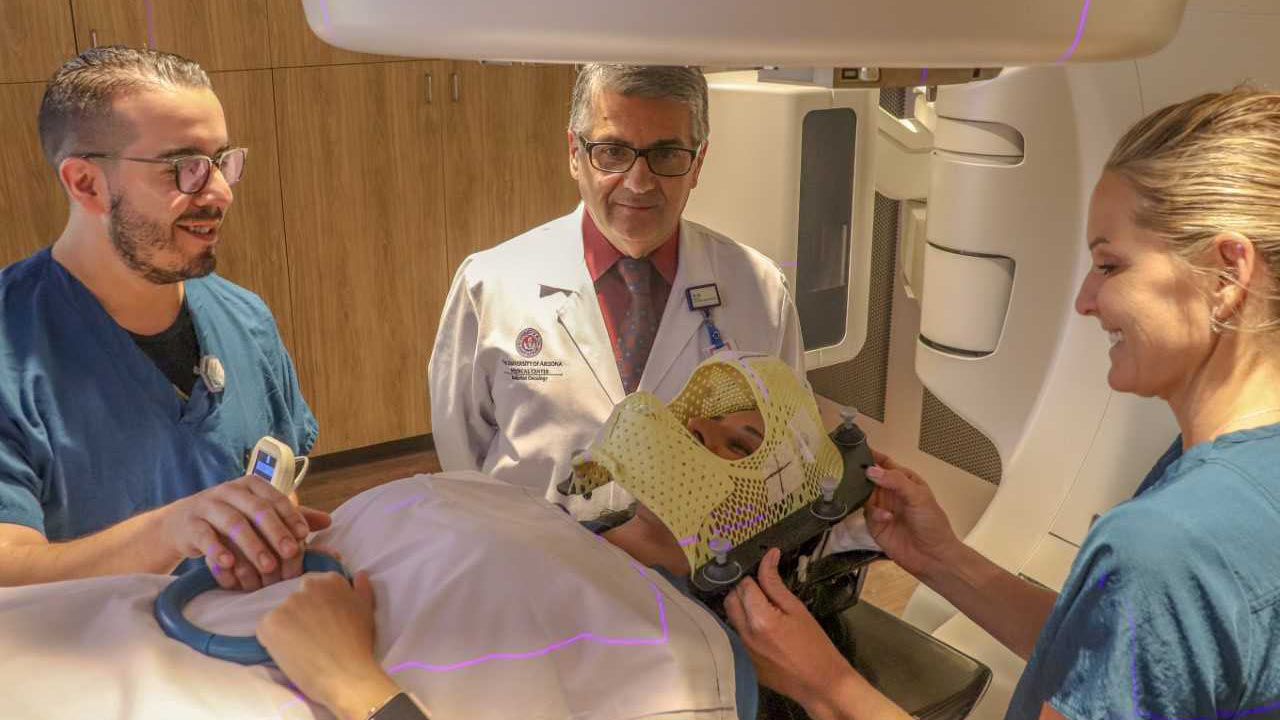 A group of University of Arizona researchers believe they've found an important clue in the fight against the kind of cancer that killed Sen. John McCain in August.

That clue lies in the DNA found in the cells of long-term and short-term survivors of glioblastoma, an aggressive form of brain cancer. Those who are diagnosed with it live for just 15 months or less. Sen. McCain lived for just over a year after doctors found his tumor.

UA radiation-oncology researcher Dino Stea's team compared cancer cells from people living with glioblastoma and found a genetic protein that seemed to limit the survival chances for some patients. Stea says the group's research is in its early stages, but notes it can help a patient know more accurately how much longer they can live.

"We are also going to be able to identify the ones who are, unfortunately, destined to live less, and we may be able to enroll those patients in more aggressive clinical trials," he said.

The American Brain Tumor Association says glioblastoma is the most common of all malignant brain tumors. This form of cancer killed Sen. Ted Kennedy and Beau Biden, the son of former Vice President Joe Biden.

UA Cancer Center receives $5M gift from big name in cosmetics Looking for links between eating and emotion Scientist Tries Different Approach to Understanding Brain and Blood Flow
By posting comments, you agree to our
AZPM encourages comments, but comments that contain profanity, unrelated information, threats, libel, defamatory statements, obscenities, pornography or that violate the law are not allowed. Comments that promote commercial products or services are not allowed. Comments in violation of this policy will be removed. Continued posting of comments that violate this policy will result in the commenter being banned from the site.