The No More Deaths members will be fined but receive no jail time. by Steve Jess TWEET SHARE 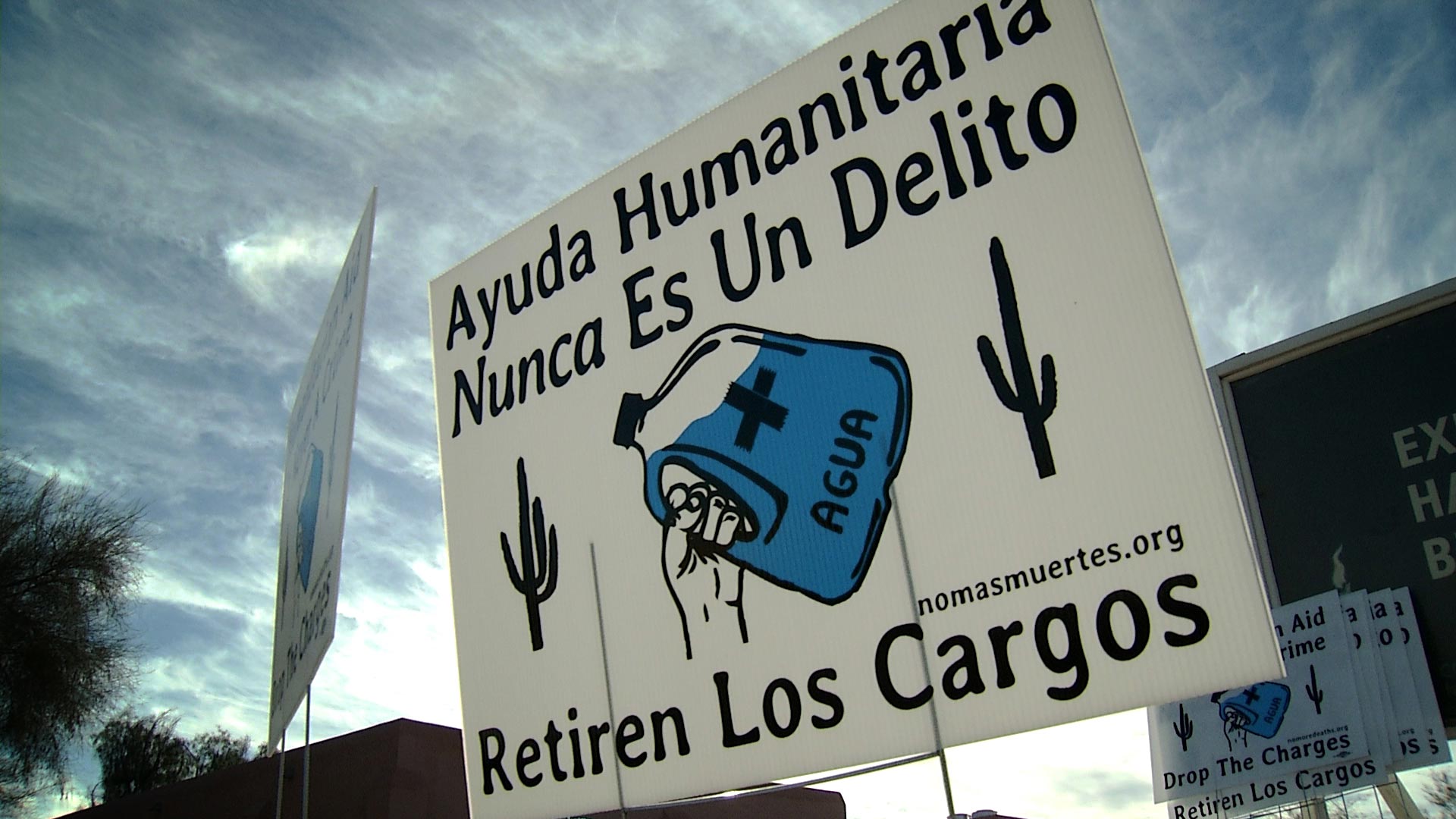 Federal prosecutors have dropped criminal charges against four volunteers from the group "No More Deaths" who were scheduled to go to trial next month.

The four volunteers for the immigrant aid group — Caitlin Persis Deighan, Zoe Ellen Anderson, Logan Thomas Hollarsmith and Rebecca Katie Grossman-Richeimer — were charged with illegally entering the Cabeza Prieta National Wildlife Refuge in July 2017, looking for a group of migrants in distress while crossing the border.

Federal court records show a settlement agreement has been reached in the case. No More Deaths says the four volunteers will instead each face civil infractions carrying 250 dollar fines. A status hearing in their case is set for Monday.

Four other volunteers from NMD were found guilty on federal charges in mid-January, and face sentencing March 1st. Another volunteer, Scott Warren, will go on trial in May on misdemeanor and felony charges.

What Research Says About Immigrant Crime Rates Tucson Joins Nogales in Fight Over Concertina Wire on Border Fence Shutdown Debrief; Immigration Judge on Backlog; No More Deaths Trial
By posting comments, you agree to our
AZPM encourages comments, but comments that contain profanity, unrelated information, threats, libel, defamatory statements, obscenities, pornography or that violate the law are not allowed. Comments that promote commercial products or services are not allowed. Comments in violation of this policy will be removed. Continued posting of comments that violate this policy will result in the commenter being banned from the site.