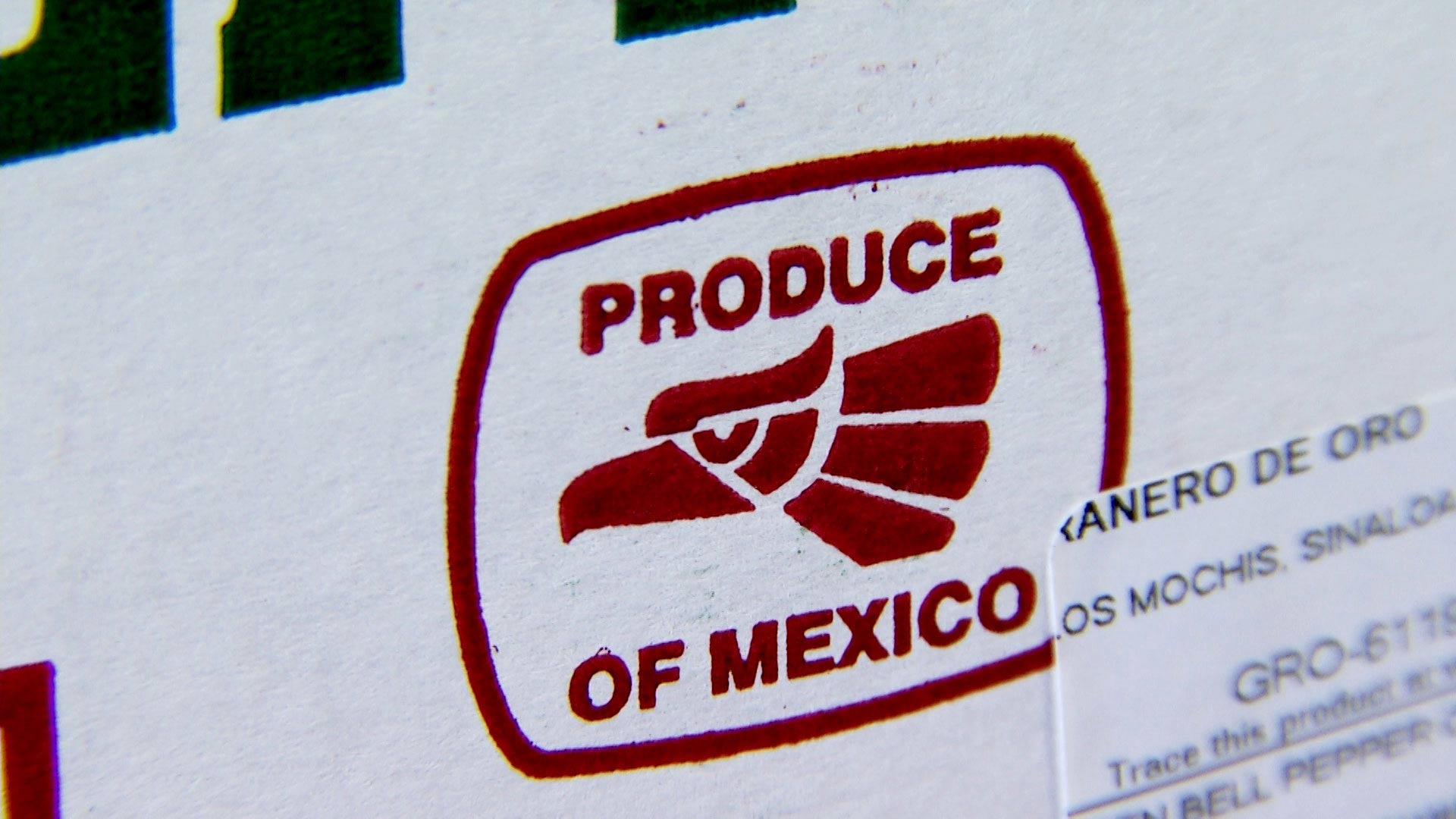 Produce of Mexico box at a distribution center.
AZPM Staff

With the ink barely dry on the draft of a Mexican tomato import deal, some farmers are saying they’d like to see similar agreements for other crops.

The American Farm Bureau praised the deal reached by the U.S. Department of Commerce and Mexican growers. But in a recent release, President Zippy Duvall said “other crops ... haven’t received such relief, so other farmers struggle to keep up with surging imports from Mexico such as cucumbers, peppers, blueberries and more.”

“The United States trade representative has a duty to defend all agricultural markets, so it’s our sincere hope his office will move quickly to forge similar agreements over other products that are too often sold at artificially low prices," he continued.

The draft tomato deal would raise floor prices and significantly increase inspection requirements. Scott Vandervoet, board of directors chair for the Nogales-based Fresh Produce Association of the Americas, said that similar deals for other products would just increase import costs.

“And that cost would ultimately be passed on in one way or another to the end consumers,” he added.

Inking suspension deals for other crops also wouldn’t be simple, given that there would first need to be dumping investigations into other Mexican exports. The successive tomato import deals suspended such an investigation that dates back to 1996.

The value of Mexican fruit and vegetable imports to the United States has more than quadrupled since the early 2000s, according to U.S. Census trade data. Roughly $3 billion worth of produce crossed through just the Nogales port of entry in 2018.

'The time is here': Rocky Point opening beaches COVID-19 cases In Sonoran capital expected to peak soon Some Sonoran beaches set to reopen by this weekend
By posting comments, you agree to our
AZPM encourages comments, but comments that contain profanity, unrelated information, threats, libel, defamatory statements, obscenities, pornography or that violate the law are not allowed. Comments that promote commercial products or services are not allowed. Comments in violation of this policy will be removed. Continued posting of comments that violate this policy will result in the commenter being banned from the site.