An author says the findings call for a new mission to the large moon of Saturn. by Nicholas Gerbis, Arizona Science Desk TWEET SHARE 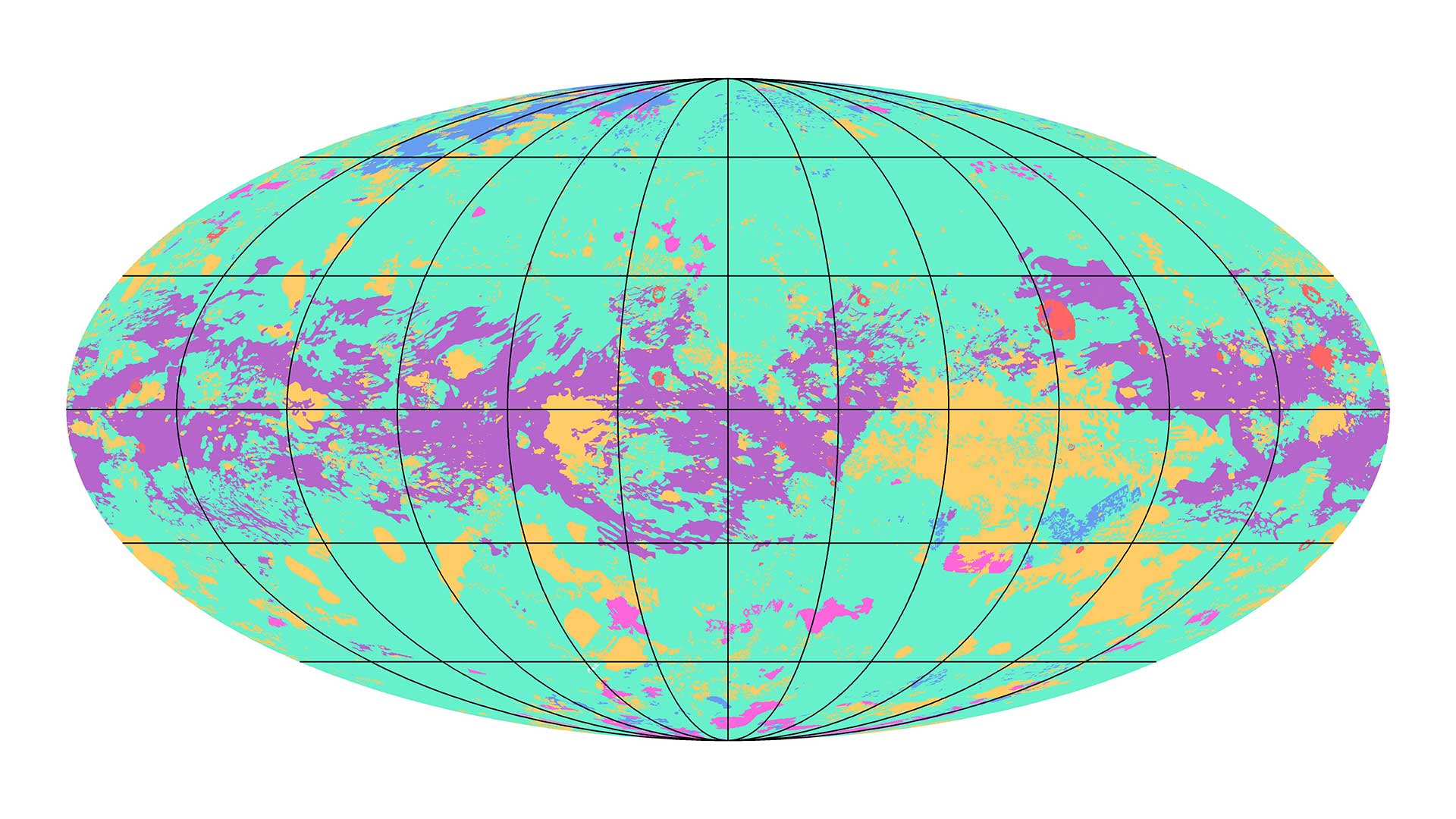 Saturn's moon Titan is larger than the planet Mercury and is the only moon in the solar system with an atmosphere. Now, researchers have published the first complete geologic map of its surface.

The research appears in the journal Nature Astronomy.

A picture stitched together from radar that pierces Titan's hazy atmosphere and other data from NASA's Cassini mission reveals a landscape roughly divided by latitude.

Between the hydrocarbon lakes of the north polar region and the windblown equatorial dunes lie vast plains, old mountains and broken terrain, much of it covered foot-deep in hydrocarbons.

Titan has an active hydrological cycle based not on water but methane, including methane clouds and liquid methane rain, rivers, lakes and seas.

As on Earth, precipitation on Titan helps shape the landscape, as do impact craters, wind erosion and geological processes.

"It's quite remarkable that this material — this liquid hydrocarbon — actually is able to form similar types of geological features that we see on Earth," said co-author David Williams, an associate research professor in Arizona State University's School of Earth and Space Exploration.

More than 650 relatively young lakes and seas — some dry, some filled with liquid hydrocarbons — dot the moon's polar regions. Possibly due to global climate cycles, these occur mainly in the north.

Based on which features overlap one another, the authors concluded that Titan's hummocks and mountainous are its oldest terrain type. Williams said the findings call for a new mission.

"We are getting a very thorough analysis of the data, and it's really raising more questions about this wonderfully complex and strange world," he said.

The agency plans to launch a helicopter-like Titan rover called Dragonfly in 2026.

UA astronomers observe far-away quasar for clues to universe's early years UA researchers receive grant to build new space telescope Health workers worry about COVID-19 impact on Cochise County farmworkers
By posting comments, you agree to our
AZPM encourages comments, but comments that contain profanity, unrelated information, threats, libel, defamatory statements, obscenities, pornography or that violate the law are not allowed. Comments that promote commercial products or services are not allowed. Comments in violation of this policy will be removed. Continued posting of comments that violate this policy will result in the commenter being banned from the site.