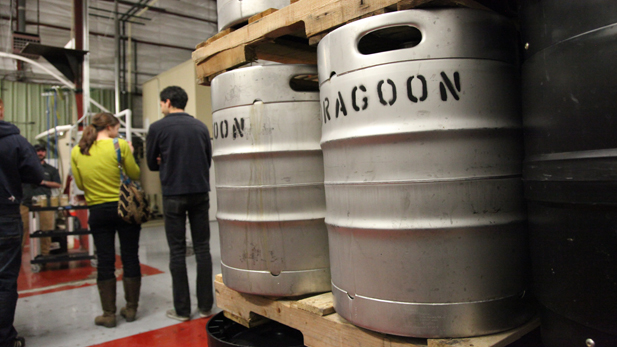 Beer has been called the common man’s drink, but the growth of the craft-beer industry in Arizona is anything but common for industry in the state.

Big beer brewers such as Anheuser-Busch and Coors Brewing still dominate beer sales across the country, while local brewers have managed to find a chink in the armor of beer’s biggest producers.

“Beer (drinking), in general, is down almost 2 percent on the national market,” said Tristan White, co-founder of Dragoon Brewing Co. of Tucson. “But the craft segment is up 17 percent.”

The numbers White quoted are from the Brewer’s Association’s report on 2013 craft-beer production in the United States. It shows that in 2013, the economic impact of craft brewing in Arizona was more than $650 million, up from $290 million in two years.

What’s allowing such rapid growth in craft brewing in Arizona and around the country?

Brewers point to the diversity and quality of beer produced in craft breweries.

“I believe that, the more breweries, as long as they’re making good beer, the better,” said Barrio Brewing Co.’s brewmaster, Dennis Arnold. “It exposes new people to beer, and it also gives variety.”

That can be seen in Tucson’s breweries, which often band together to share ingredients to work on special brews.

“We help each other out, with hops or doing collaboration beer together,” Arnold said. “It’s very friendly right now.”

Craft brewing, while growing, is still a small part of the beer industry. Anheuser Busch reports that it produced 132 million barrels of Budweiser and Bud Light in 2012.

Craft beer produced about 15 million barrels nationally last year. Arnold's Barrio Brewing, at 5,000 barrels, and Dragoon, at 1,600, were part of that.

Tucson, Hermosillo Beer Makers Work Together to Brew Up Business Golden Eagle Distributors Sold to Phoenix-Based Company METRO WEEK EXTRA: In Search of Local Brewing Products
By posting comments, you agree to our
AZPM encourages comments, but comments that contain profanity, unrelated information, threats, libel, defamatory statements, obscenities, pornography or that violate the law are not allowed. Comments that promote commercial products or services are not allowed. Comments in violation of this policy will be removed. Continued posting of comments that violate this policy will result in the commenter being banned from the site.