A-10 Retirement on Hold Until 2022, Defense Secretary Says 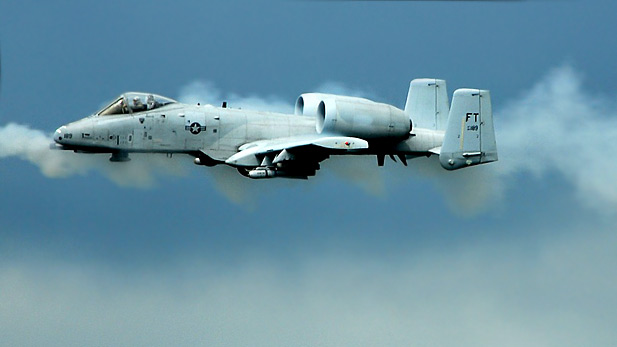 At a speech at The Economic Club in Washington, DC Defense Secretary Ash Carter announced the Pentagon now plans to retire the A-10 aircraft in 2022.

The defense budget over the last few years has tried to retire the A-10 for budgetary reasons.

“There is no weapon in our arsenal that offers more effective close-air support to American ground troops serving in harm’s way than the A-10 aircraft,” said Sen. McCain.

Rep. Martha McSally, who was an A-10 pilot, issued a statement expressing her support for the move. However, she said the 2022 retirement date is still early.

“We’ve recently invested $1 billion into our A-10 fleet to keep it flying until at least 2028,” said Rep. McSally

Sec. Carter said the retirement of the plane will be accomplished on a squadron-by-squadron basis.

Tucson’s Davis-Monthan Air Force Base is home to nearly 80 A-10 aircrafts.

US House Committee Further Protects A-10 from Retirement Air Force Begins to Design New Plane to Replace A-10 Air Force Secretary Praises Davis-Monthan and A-10
By posting comments, you agree to our
AZPM encourages comments, but comments that contain profanity, unrelated information, threats, libel, defamatory statements, obscenities, pornography or that violate the law are not allowed. Comments that promote commercial products or services are not allowed. Comments in violation of this policy will be removed. Continued posting of comments that violate this policy will result in the commenter being banned from the site.