Recipients are encouraged to have their application in the mail no later than Monday, Oct. 2. by Matthew Casey, Fronteras Desk TWEET SHARE 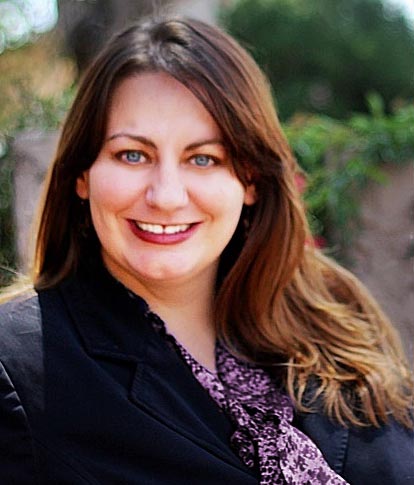 Stephanie Corcoran, chair of the Arizona chapter of the American Immigration Lawyers Association. (PHOTO: Courtesy Stephanie Corcoran)
The deadline for Deferred Action for Childhood Arrivals renewal applications is Thursday, Oct. 5, but recipients of the program have been strongly encouraged to have theirs in the mail no later than Monday, Oct. 2.

Renewal applications have to be “properly filed and physically received” no later than Thursday to be considered, according to U.S. Citizenship and Immigration Services, or USCIS.

“Postmarking it on the 5th, they will reject your application,” said Stephanie Corcoran, chair of the Arizona chapter of the American Immigration Lawyers Association.

Corcoran has told clients to send their applications via Certified or Priority mail.

“There are ways to send it possibly on the 4th, Express Mail,” she said. “But I would not push my luck. Send it Monday.”

To be eligible for a two-year renewal, a person’s DACA status has to expire between Sept. 5 of this year and March 5, 2018, according to USCIS. People whose DACA status expired on or before Sept. 4 can no longer request a renewal. The government will also no longer process first-time DACA applications.

Look Beyond Words to Facts in Immigration Debate, Lawyer Says Sen Flake Pushes for DACA Resolution Diocese of Tucson Introduces New Bishop
By posting comments, you agree to our
AZPM encourages comments, but comments that contain profanity, unrelated information, threats, libel, defamatory statements, obscenities, pornography or that violate the law are not allowed. Comments that promote commercial products or services are not allowed. Comments in violation of this policy will be removed. Continued posting of comments that violate this policy will result in the commenter being banned from the site.