Universities in U.S. and Mexico Partner on Telescope Project

Mirror to be made at University of Arizona, telescope to be installed in Baja California by Rodrigo Cervantes, KJZZ News Tweet 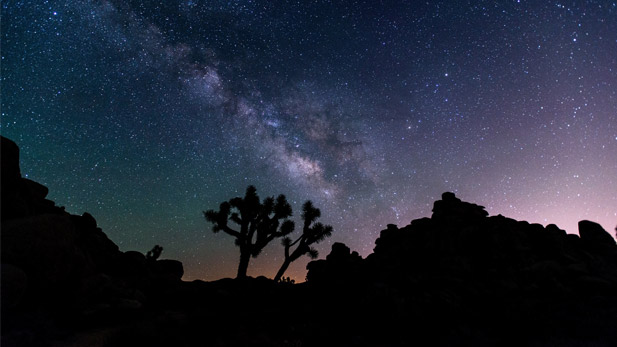 The night sky above the desert.

Northern Mexico and Arizona share the same star-sparkled sky and a draw to explore it. That’s why institutions from both sides are partnering to build a new telescope in Baja California to learn more about space

The University of Arizona, the Smithsonian Institute and the National University of Mexico -or UNAM- are planning to build a new telescope at San Pedro Mártir, similar to the one at Mount Hopkins near Tucson.

Buell Jannuzi is head of the Department of Astronomy at the U of A. He said the American institutions will provide some equipment, including the mirror, while both sides of the border will benefit from shared research.

“And that’s where great science happens: when you have state-of-the-art facilities with enough brain power behind them to actually make cool discoveries," Jannuzi said.

Dennis Zaritsky, professor of astronomy at the U of A, said he thinks the endeavor will bring exciting results.

“Everything from how stars form, to the earliest galaxies, to black holes… all of these topics are things that I’m sure individual investigators will propose," Zaritsky said.

“There are important things in science and technology between Mexico and the U.S. that are of lasting consequence," he said.

Lee says the project will need a $100 million investment.

UA Astronomer Among First to 'See' Star Collision in Space Lights Go Out at Kartchner Caverns, Newest Dark-Sky Park $60K 'Started Ball Rolling' on World-Class Astronomy Research at UA
By posting comments, you agree to our
AZPM encourages comments, but comments that contain profanity, unrelated information, threats, libel, defamatory statements, obscenities, pornography or that violate the law are not allowed. Comments that promote commercial products or services are not allowed. Comments in violation of this policy will be removed. Continued posting of comments that violate this policy will result in the commenter being banned from the site.