The U.S. senator from Arizona is co-sponsoring a bipartisan bill to limit the president's tariff powers. by Steve Jess TWEET SHARE 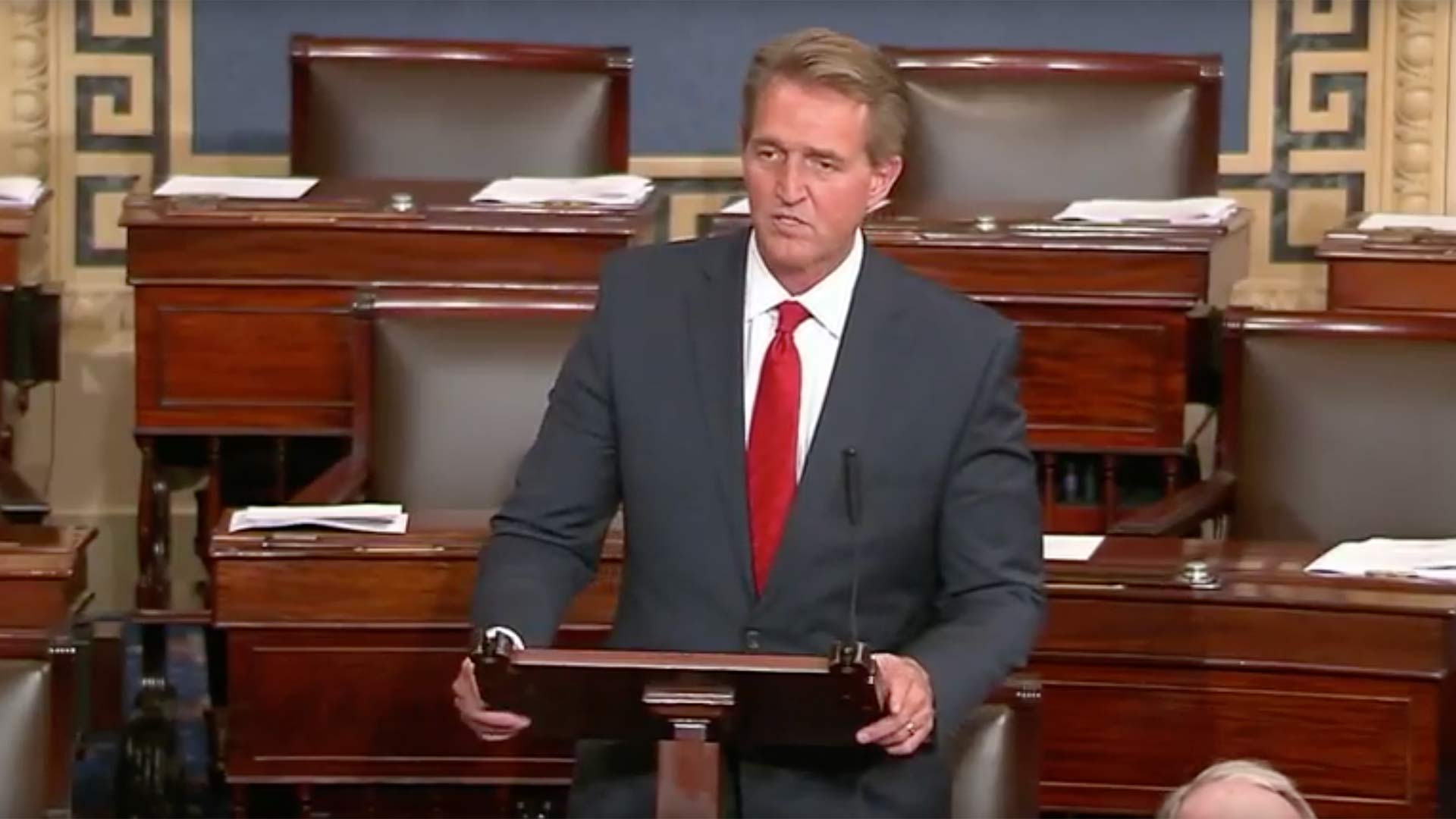 U.S. Sen. Jeff Flake Thursday warned the United States is about to start a trade war with its allies.

Speaking on the Senate floor Thursday, the Republican senator from Arizona condemned the Trump administration's move to impose tariffs on steel and aluminum from Canada, Mexico and the European Union.

"We will either affirm or commitment to the values we have served for so well and so long or engage in a trade war that will only lead to economic disaster," Flake said.

Flake is a co-sponsor of a bill to limit the president's ability to levy tariffs in the name of national security. The measure has 10 co-sponsors from both parties, but it's considered unlikely to be brought up for a vote.

Where in the World is Jeff Flake? Arizona Pecan Farmer Calls For Halt to Trade War Arizona Senators Blast Trump for Putin News Conference
By posting comments, you agree to our
AZPM encourages comments, but comments that contain profanity, unrelated information, threats, libel, defamatory statements, obscenities, pornography or that violate the law are not allowed. Comments that promote commercial products or services are not allowed. Comments in violation of this policy will be removed. Continued posting of comments that violate this policy will result in the commenter being banned from the site.