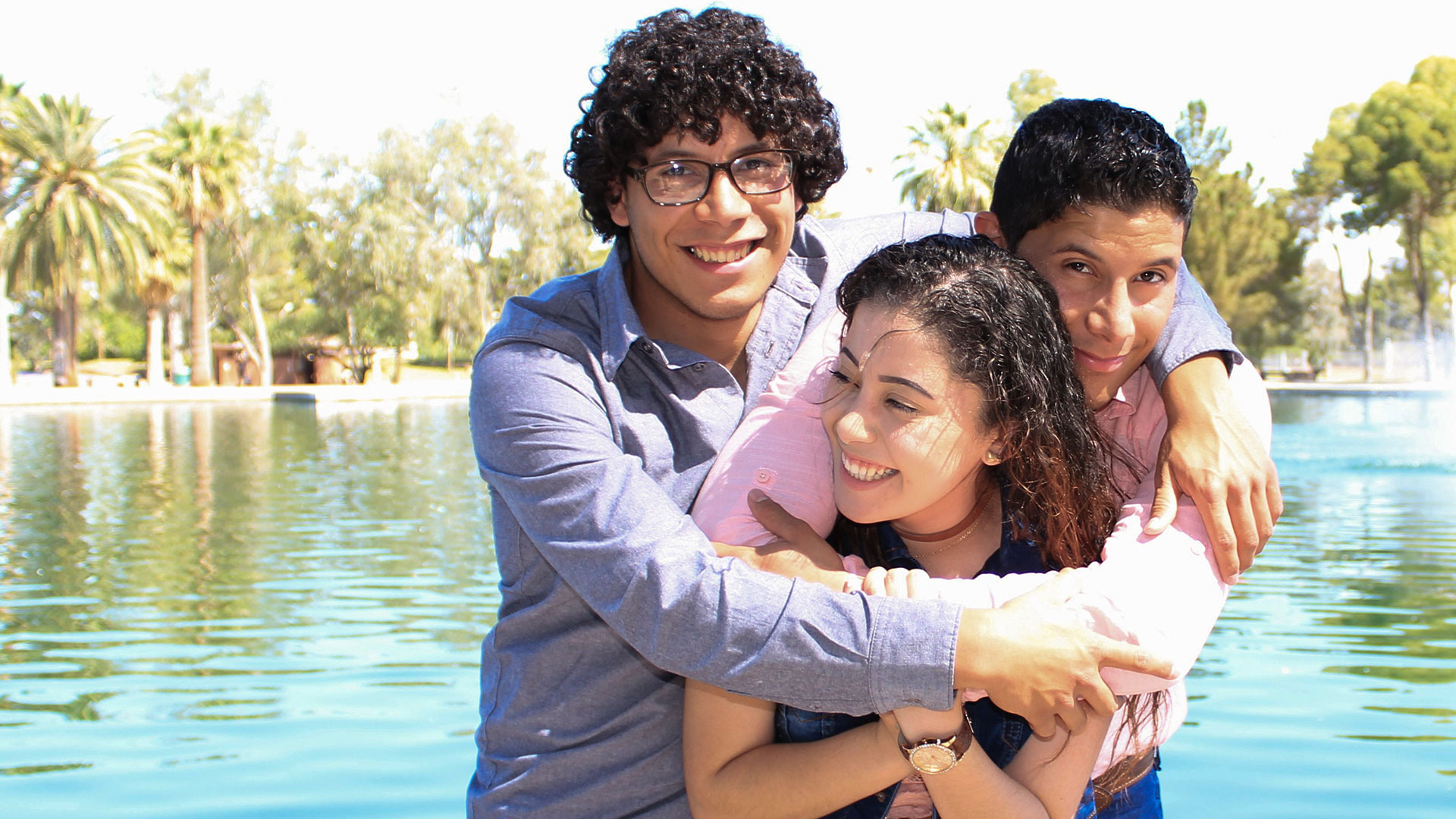 Jose, Maria and Jesus Chua will graduate from Ombudsman Charter High School on June 7th, 2017
Youth on Their Own

U.S. born children whose parents have been deported or voluntarily returned to their country of origin face an uncertain future.

Younger ones go into foster care. The older ones are often left to fend for themselves. In Tucson, some find their way to Youth on Their Own, which provides a support network.

Jose Chua is graduating from high school in June.

“I was born here in Tucson. Us triplets. Me and my brother and my sister.”

Jose is the spokesman for the family.

Mary, Jesus and Joseph. Jose said that with those holy names they could not fail.

For a while, things were good for the Chua family. Their parents, while not U.S. citizens, had visas and jobs in Tucson. Just a normal family, Jose said

“It was all great, until we were 10 years old, when my father and my mother went to Mexico to visit other family. And when they came back, just my mom came back, not my dad. She told us that he lost his visa and that he reported it stolen and they couldn’t do nothing about it.”

Jose said his father tried at least three times to get a U.S. visa. He was denied without a reason. Eventually, the mother’s visa also expired and she too was unable to get it renewed.

The mother and father decided to keep the family together and move back to Mexico. It worked until high school. Because the triplets are U.S. citizens, high school was not free in Mexico. Only Mexican citizens can go to high school free.

“We tried to go to high school, but it’s like tuition. It was like here with college – over there with high school,” Jose said. ‘So for all three of us, it wasn’t going to work. So we decided to go to Tucson.”

They worked all throughout. They did a lot of couch surfing, always staying together. Now they live with an aunt in a one-bedroom apartment.

The nonprofit Youth on Their Own was instrumental in helping to keep the triplets focused on graduating. The organization works with homeless youth. Program Manager Daniela Zosa said there are hundreds of teens in Tucson facing the same fate as the triplets, and the numbers are increasing.

“We have a difficult time with these kinds of deportation issues. We ask reasons for being on their own. They don’t always admit to that right away,” Zosa said. 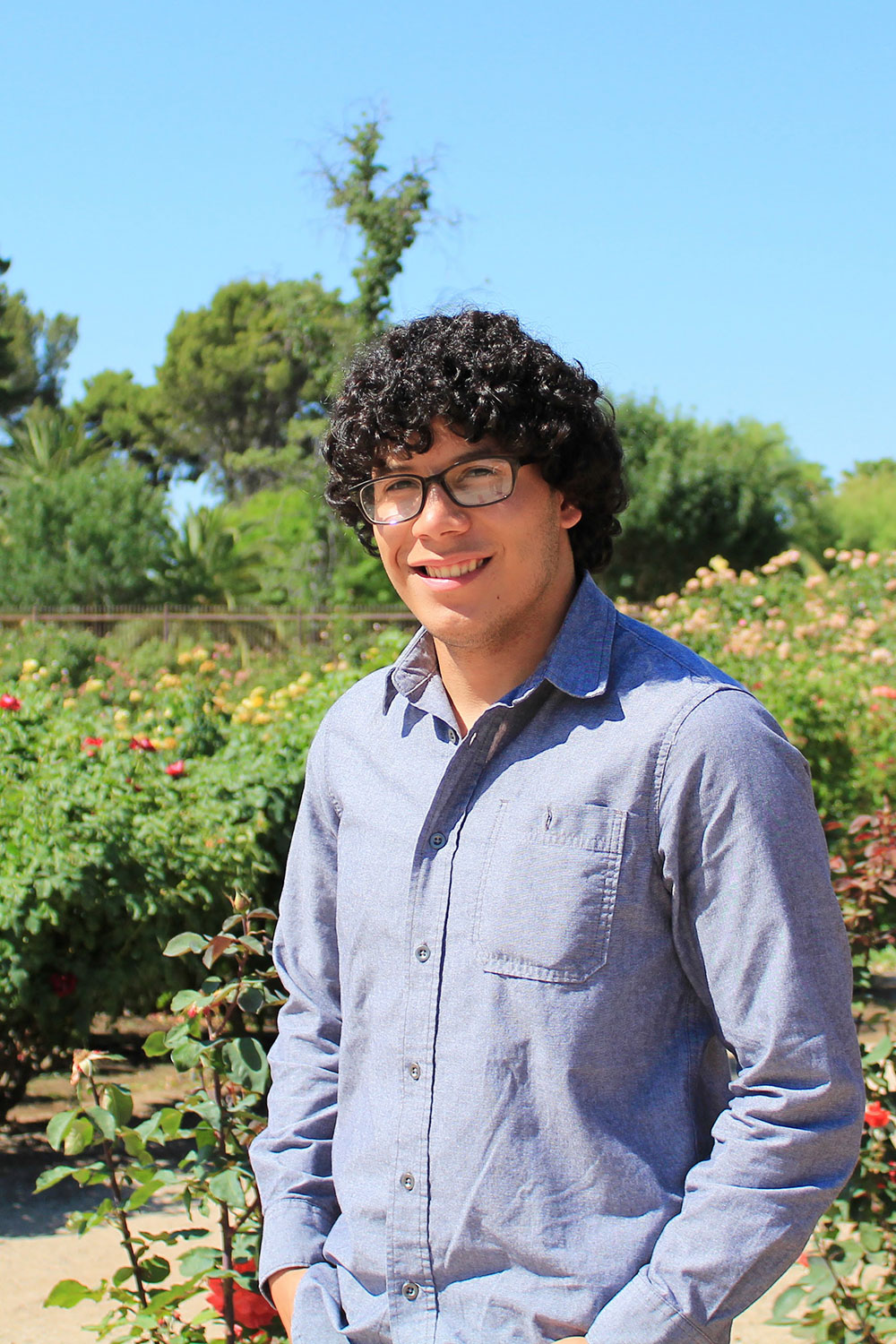 “But those who do, it is very much a difficult life they lead, because not all of them have support of family members here. So they have really had to make it on their own – provide all their basic needs and really try to maneuver this thing called high school without that kind of emotional support.”

Maria, Jesus and Jose never had to do without emotional support. Through his tears, Jose said his mom and dad have always been with them through prayer. So walking across the stage to get their diplomas will be bittersweet for them.

“We’re doing this for them, but they can’t see us graduate.”

All three are heading to college - Maria and Jesus to Pima Community College and Jose – with a near straight-A average – has a scholarship to study engineering at the University of Arizona.

“We want to show them that we are proud, and that we can graduate … and we did it.

Immigration Arrests at Mexican Border Lowest in 17 Years Immigration Courts Drowning in Deportation Cases Children’s Museum reopens Tucson, Oro Valley locations
By posting comments, you agree to our
AZPM encourages comments, but comments that contain profanity, unrelated information, threats, libel, defamatory statements, obscenities, pornography or that violate the law are not allowed. Comments that promote commercial products or services are not allowed. Comments in violation of this policy will be removed. Continued posting of comments that violate this policy will result in the commenter being banned from the site.