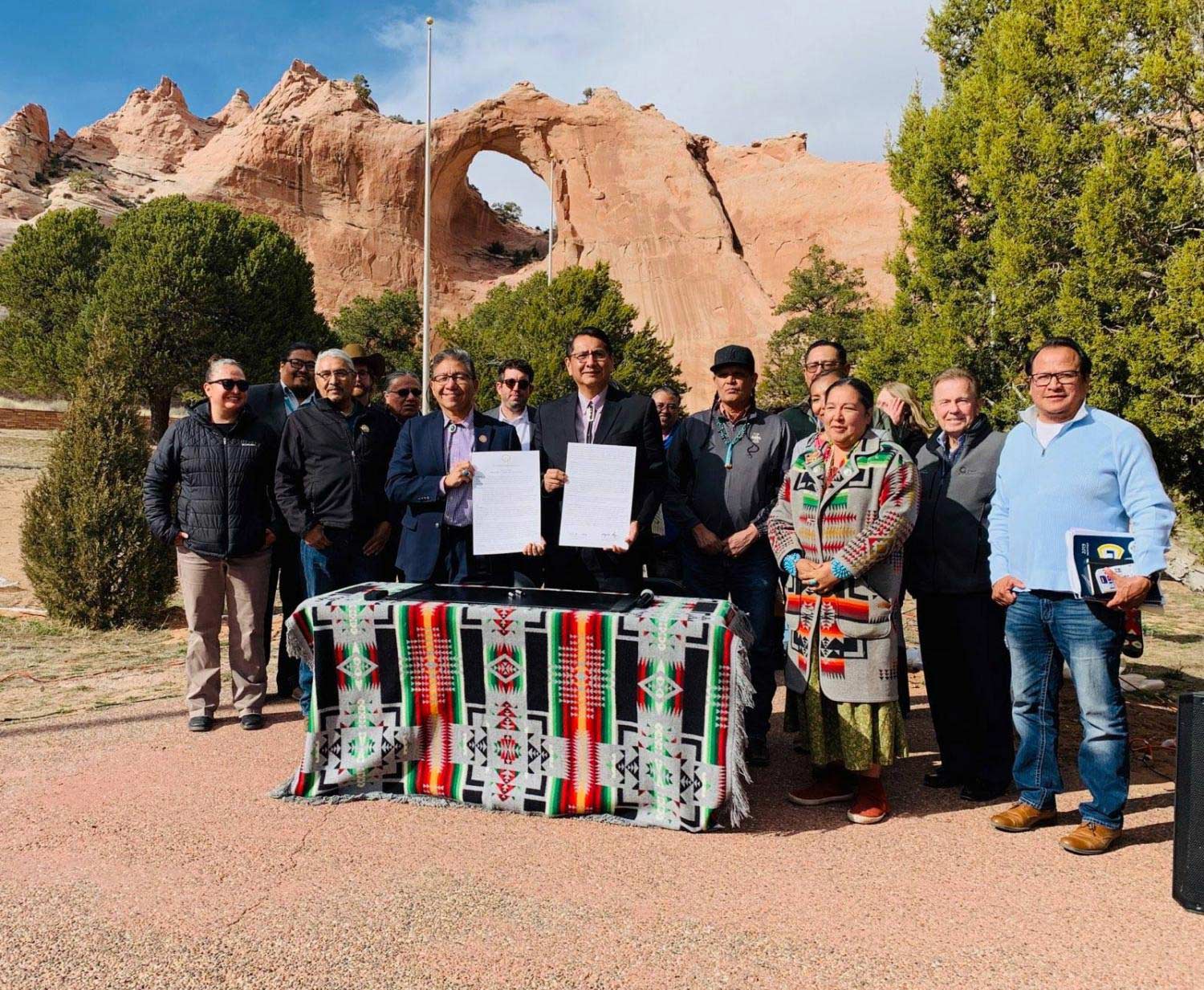 The proclamation says the tribe will provide off-grid solar to the 15,000 or so Navajo households still without electricity. It will build more utility-scale solar energy projects. Its second solar farm goes online in two months. The tribe also plans to build a solar panel assembly plant to create more jobs.

Nez said it's time for the land to heal from coal.

Nez said the tribe is positioning itself to continue to provide energy for the West, as states like New Mexico and California sign legislation to go carbon free by 2045.

4 Navajo Code Talkers die in 2019, 5 remain Grijalva asks feds to 'respect tribal lands' during border construction Navajo request federal funding to hire coroners
By posting comments, you agree to our
AZPM encourages comments, but comments that contain profanity, unrelated information, threats, libel, defamatory statements, obscenities, pornography or that violate the law are not allowed. Comments that promote commercial products or services are not allowed. Comments in violation of this policy will be removed. Continued posting of comments that violate this policy will result in the commenter being banned from the site.